Is BGMI really gonna stay in India or has it gone for good? 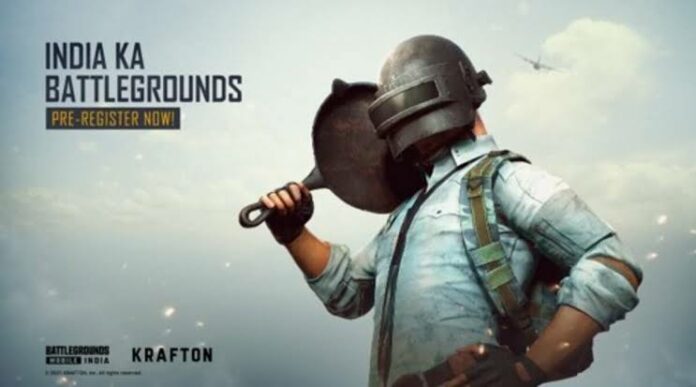 Battlegrounds Mobile India (BGMI) has been a part of Indian gamers’ life for a year and has gained a lot of popularity, the game has faced a lot of controversies in the past year, which are quite unbelievable but are unfortunately real. It could also be possible that because of these reasons, the BGMI has been banned in India. So here’s a list of what the game has to go through since its launch.

When was BGMI launched?

BGMI was launched back in July 2021after being in the beta testing stage for about two weeks. At that point, many players were happy while many weren’t, as they simply called it a clone of the PUBG: Mobile which had minor changes. When we compared PUBG and BGMI, we found that to make the game appear less violent, the game doesn’t show any blood-related Red elements. The game provides you with an option for two colours, including green and yellow, and now when you kill a player, the prayer turns into green leaves instead of a falling dead body of the player.

BGMI has faced a controversy where it was accused of behaving in the same way because of which the app got banned in the country in the first avatar – PUBG, and that’s sharing data with the Chinese servers. Even before the game was launched in India, an IGN report stated that it identified the remote servers the game connected to, which were in Russia, the United States and even China.

This forced Krafton to issue a fix to the game, and the publication then said that it could
no longer detect any traffic going to external servers. Meanwhile, Krafton itself issued a statement, later on, admitting that data was being shared with foreign servers.

Son kills his mother over an argument about BGMI

In June of this year, it was reported that a boy killed his mother in her sleep at 3 AM at night. “In the preliminary probe, we have found that this boy was addicted to online games like PubG and the mother stopped him due to which he committed the crime. He used his father’s licensed pistol”, said Lucknow ADCP (East Zone) Qasim Abdi.

“On Sunday evening, the mother and son had an argument after some money went missing. She accused him of stealing the money, which was found later. He felt that he had been unfairly accused. The boy was already unhappy with his mother for stopping him from playing games on his mobile phone. He took his father’s pistol from the cupboard and shot his mother in the head”, Abdi had added.

In a shocking reveal, later on, it was reported that the son was infuriated because a property dealer often visited her mother. He even visited their house in his father’s absence, which irritated him.

The teen further revealed that one day he even complained about this to his father, following which a fight occurred between his father and mother. “Annoyed by the property dealer’s frequent visit to my house, one night, I didn’t have my dinner, following which my mother snatched my phone and even beat me up”, said the accused. He even said that he had talked about the matter with his father, who said, “Do whatever you feel like”.

That is when the boy decided to kill his mother when the fight about the lost money took place between them. The case being linked to PUBG seemed to have been a cooked-up story by the father of the accused.

6-year-old murdered for revenge when stopped from playing BGMI

In a horrific incident earlier this month in Deoria, Uttar Pradesh, Arun Sharma, a young man aged 20 years who’s also the convict, murdered a 6-year-old child in an act of revenge against his grandfather Narsingh Sharma for stopping him from playing BGMI, reported News18. Because his grandfather rebuked him for his addiction towards PUBG, he murdered the 6-year-old who came to attend private tuitions from Narsingh Sharma to take revenge.

Why did the Indian Government ban BGMI?

According to Reuters’ report, the government has banned BGMI using section 69A of the IT law that it has invoked since 2020 to ban Chinese apps on national security and data sharing concerns, a source familiar with the matter told Reuters. This section of India’s IT law allows the government to block public access to content in the interest of national security, among other reasons.

Under a similar provision of IT laws, PUBG: Mobile got banned in 2020 in the country. This means that the government is still sceptical about the data-sharing practices being followed by the developer of the game.

Furthermore, BGMI got attention from Parliament a few days back in the recent monsoon session as well. V. Vijayasai Reddy, a member of Parliament, Andhra Pradesh, questioned its availability in the country who raised questions to MeitY regarding the game’s ban in the country. In addition, he imposed a few questions about the game where he stated BGMI is a mere rebrand of the original PUBG: Mobile and appearing in a new avatar.

Will BGMI be allowed again?

Battlegrounds Mobile India has been a stress buster for many and is considered to be one of the best battle royale games out there. However, if that’s the case, a player’s pleasure shouldn’t come at the cost of national security. Therefore, Krafton needs to pull up its socks in complying with the Indian government’s rules and laws so that it doesn’t vanish in thin air.