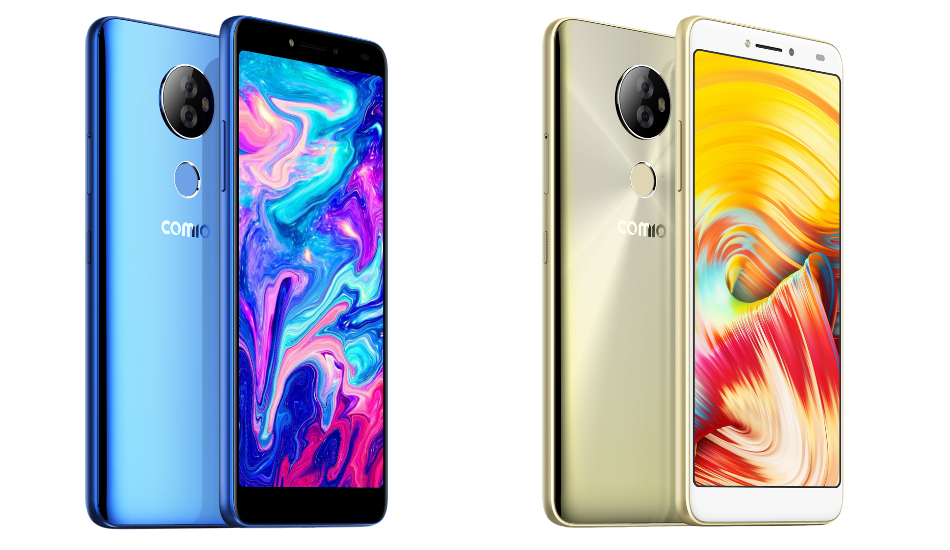 The device will come with one year + 100 days warrant with an additional one-time screen breakage warranty in addition to cashback of up to Rs 2,200 from Reliance Jio. The Comio X1 Note is now selling across major retail stores in India as well as Flipkart, Amazon, Paytm, Snapdeal and Shopclues.

Emerging brand Comio has launched its most expensive X1 Note smartphone in India for a price as low as Rs 9,999 to match up to its competition in the sub-Rs 10,000 price segment. Having launched the entry-level Comio C2 Lite and S1 Lite earlier this year, Comio will now look to target users with a budget mid-range smartphone for a price of Rs 9,999. The device will be sold across retail stores in India as well as online outlets including Amazon, Flipkart, Paytm, Snapdeal and Shopclues.

Coming to the device in question, the Comio X1 Note is powered by a quad-core 1.45GHz processor with 3GB of RAM and 32GB of onboard storage, of which 24GB will be available for the user. Continuing the trend of elongated displays, the X1 Note will come with a 6-inch Full View FHD+ display with a 2.5D curved glass along the edges. The front of the device also plays host to the 8-megapixel camera with LED flash.

The device comes in a unibody metal design which we’ve come to see on a lot of mid-range devices lately. The back panel which is available in Blue and Gold shades houses the dual 13MP + 5MP autofocus rear camera with flash inside a circular space, which resembles the one on last year’s Moto G5. There’s also a circular fingerprint scanner which makes its way below the camera module of the X1 Note and has shiny accents all around it.

The Comio X1 Note is powered by a decent 2,900mAh battery and comes pre-loaded with Android Oreo out of the box. The software not only features face unlocking but also the ability to host two accounts of an application within the same device. There’s a notification LED on the front which can be configured to a user’s liking and a pop-up touch feature which lets users use an app with the minimum number of taps.

The X1 Note comes with a special one-year + 100 days warranty with 30 days replacement coverage and an upgrade offer that allows you to exchange your old device for a new one. Not only that, Comio also has you covered with a one-time screen breakage warranty, meaning you’re protected against accidental bumps and falls when using the Comio X1.

Comio has partnered with Reliance Jio to offer a cashback user for Jio users, which gives you 44 vouchers each worth Rs 50 on recharges of Rs 198 and Rs 299. The cashback will be visible under “My Vouchers” in MyJio app. Jio users will get a total cashback of Rs 2,200 in the MyJio app, bringing down the effective price of the Comio X1 Note to Rs 7,799.

The Comio X1 Note will be available in Sunrise Gold and Royal Blue variants for an asking price Rs 9,999.