Asus has unveiled the 2021 lineup of its ZenBook, VivoBook and TUF series laptops along with a Fanless Chromebox.

Asus has unveiled a new fanless chromebox that of course runs on Chrome OS and has support for Google Play. It comes in a very compact form factor to save space wherever the consumer wants to put it. Along with the new Chromebox, Asus has also released new lineup of VivoBook and ZenBook along with a budget gaming laptop under the TUF series. 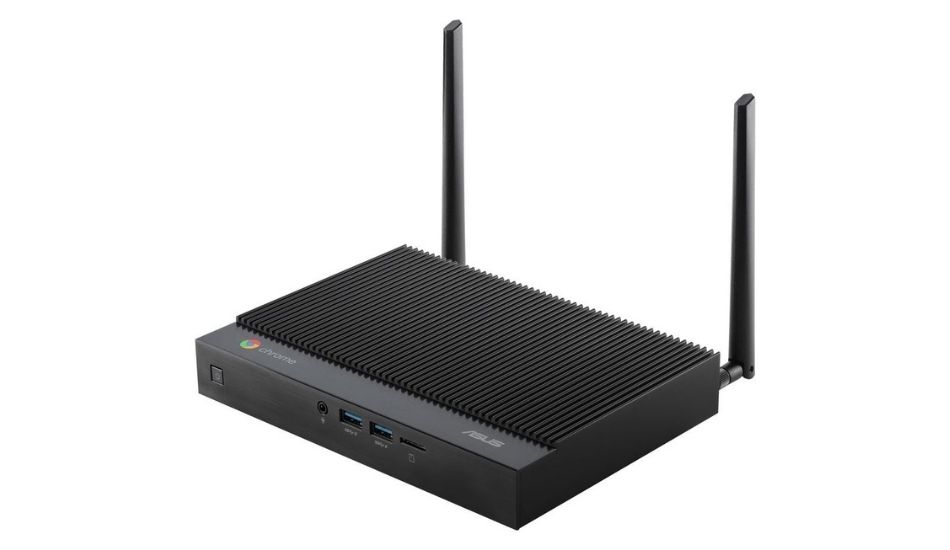 It is designed to be mounted to the back of a display or a desk and is perfectly compatible for those working environments that have less space. The new Asus Fanless Chromebox measures about 8.15 x 5.82 x 1.26 inches.

It comes in square shape and has aluminium chassis with two adjustable antennas on the back of the box. It is powered by either a 10th Gen Intel Core or Celeron processor. The CPU options include Intel Core i7-10510U, an Intel Core i5-10210U, an Intel Core i3-10110U, or a Celeron 5205U. It can be paired with up to 16GB of RAM and up to 256GB SSD storage. 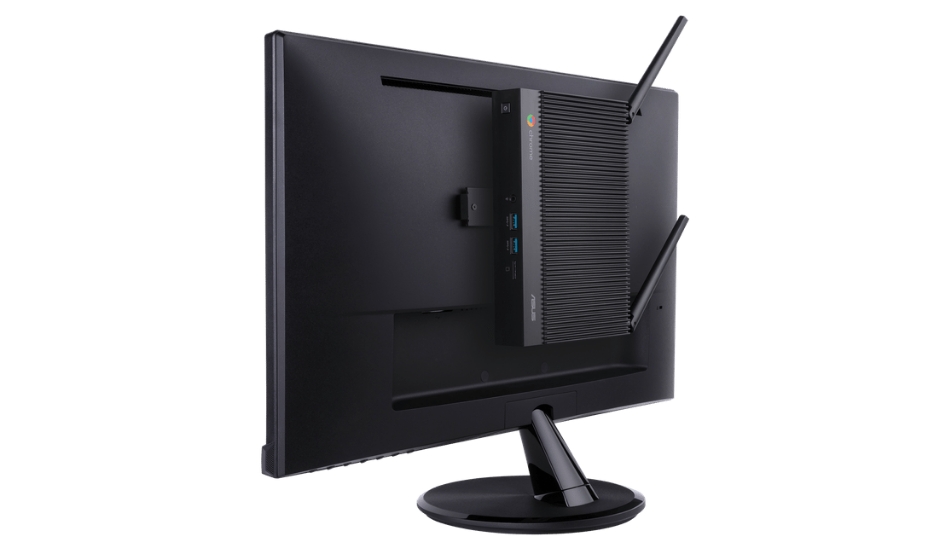 The number and type of ports will vary with the two configurations. Where the Celeron model has a mix of two USB 2.0, one USB 3.2, and one USB-C port, the Core models on the other hand have three USB 3.1 and one USB-C port.

Common ports amongst all configurations include two HDMI 2.0 ports for connecting to displays and one microSD card slot for expandable storage. As per Asus, the Chromebox can power up to three 4K displays while running Chrome OS. The price for the Chromebox starts at $399 and will be available in US starting February. 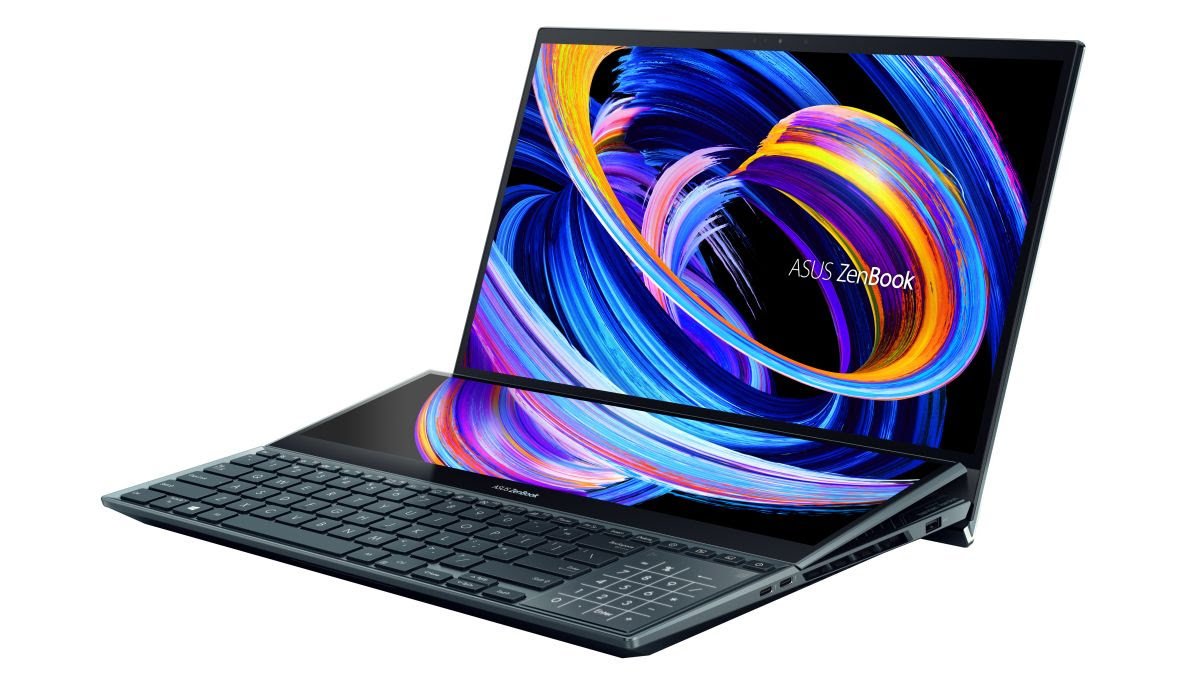 The Asus Zenbook Pro Duo 15 sports a 15.6-inch 4K HDR OLED display along with the ScreenPad Plus Technology. The second screen now gets an automatic tilting mechanism which can improve airflow and usability.

It is powered by up to an 11th Gen Intel Core i9 CPU coupled with Nvidia GeForce RTX 3070 GPU and up to 32GB of RAM, and a 1TB PCIe SSD. There's also Thunderbolt 3 port and Wi-Fi 6 connectivity.

Asus has updated the software for the second screen in turn for better productivity and multitasking, particularly related to content creation software. 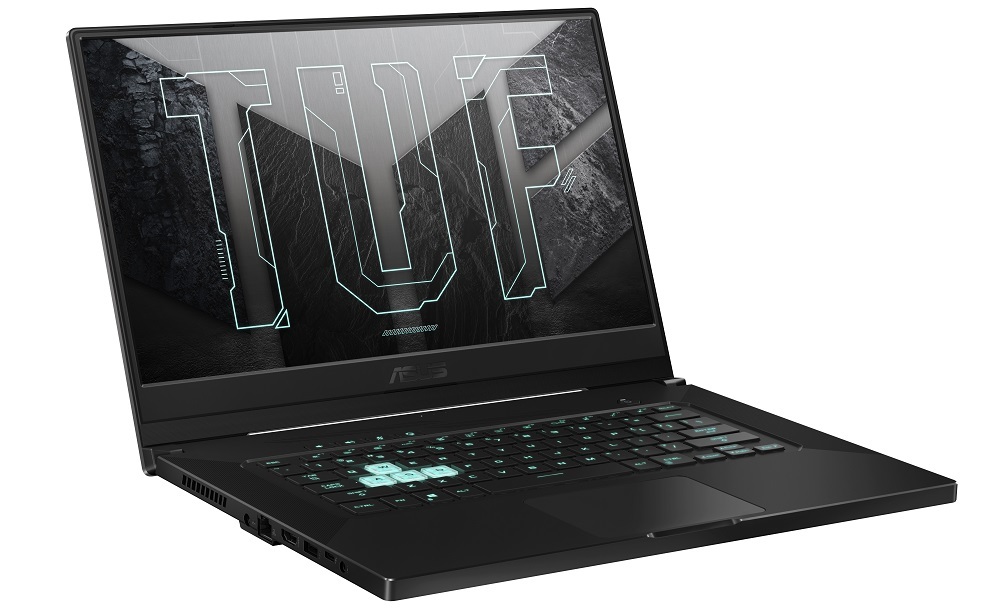 The TUF Dash F15 sports a 15.6-inch screen that has up to a 240Hz refresh rate and narrow bezels. The internals boast of the new 11th Gen Intel H-series CPUs and up to an Nvidia GeForce RTX 3070 GPU. It is coupled with up to 32GB of DDR4 RAM and a 1TB SSD, both of which are also upgradeable. Asus has claimed a battery life of over over 16 hours that also supports fast charging and Type-C charging. The new TUF Dash F15 has two newly designed self-cleaning fans and an anti-dust design. 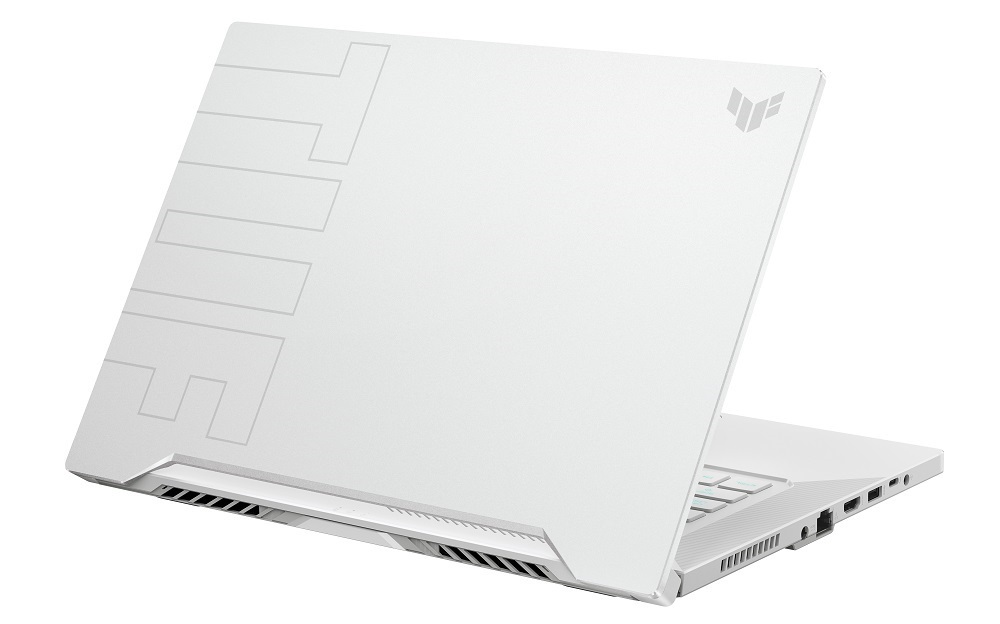 The laptop is 10 percent smaller and 14 percent lighter than the previous generation. It measures under 20mm thick and features a new aesthetic. The laptop will be available in Moonlight White and Eclipse Grey colour options. 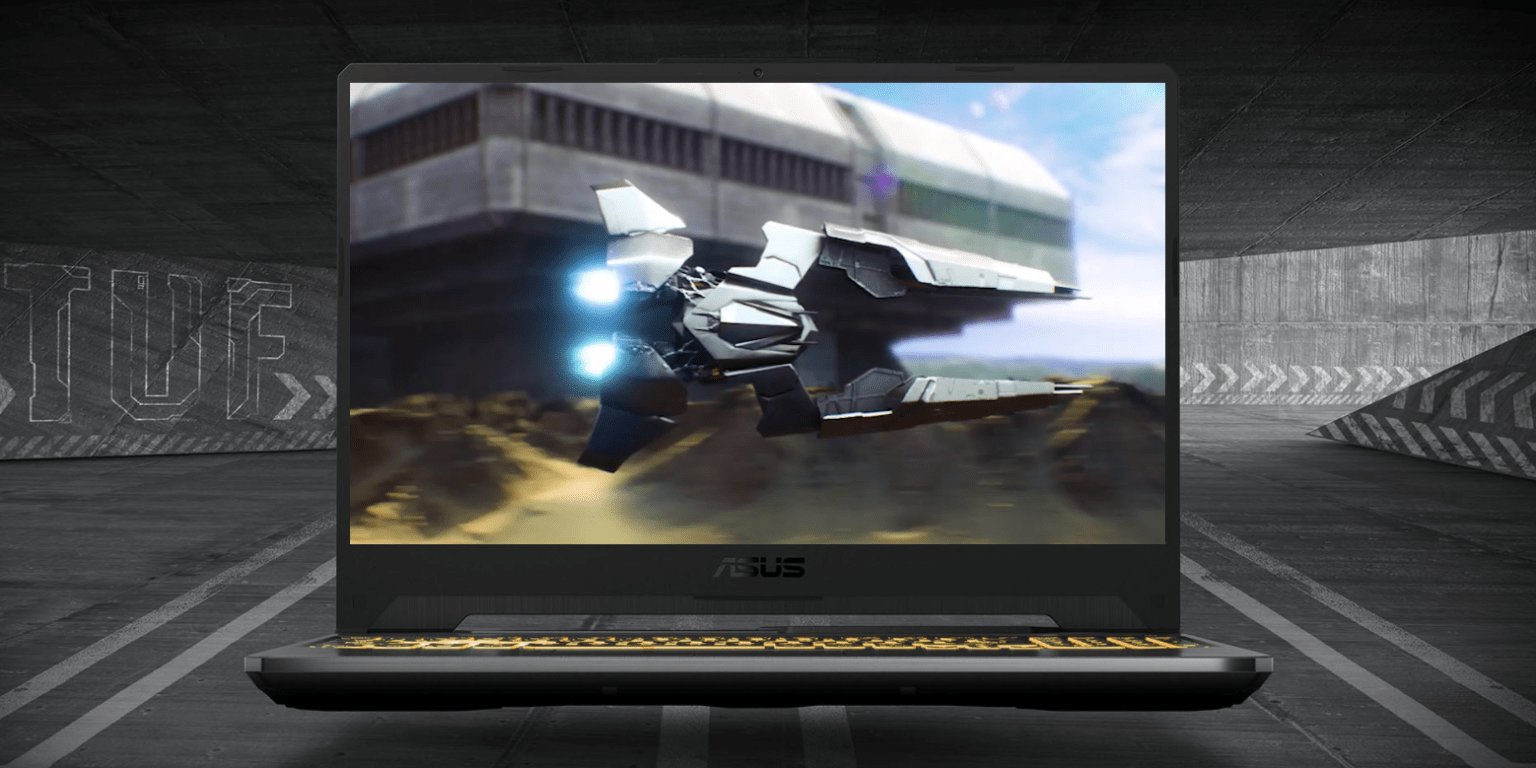 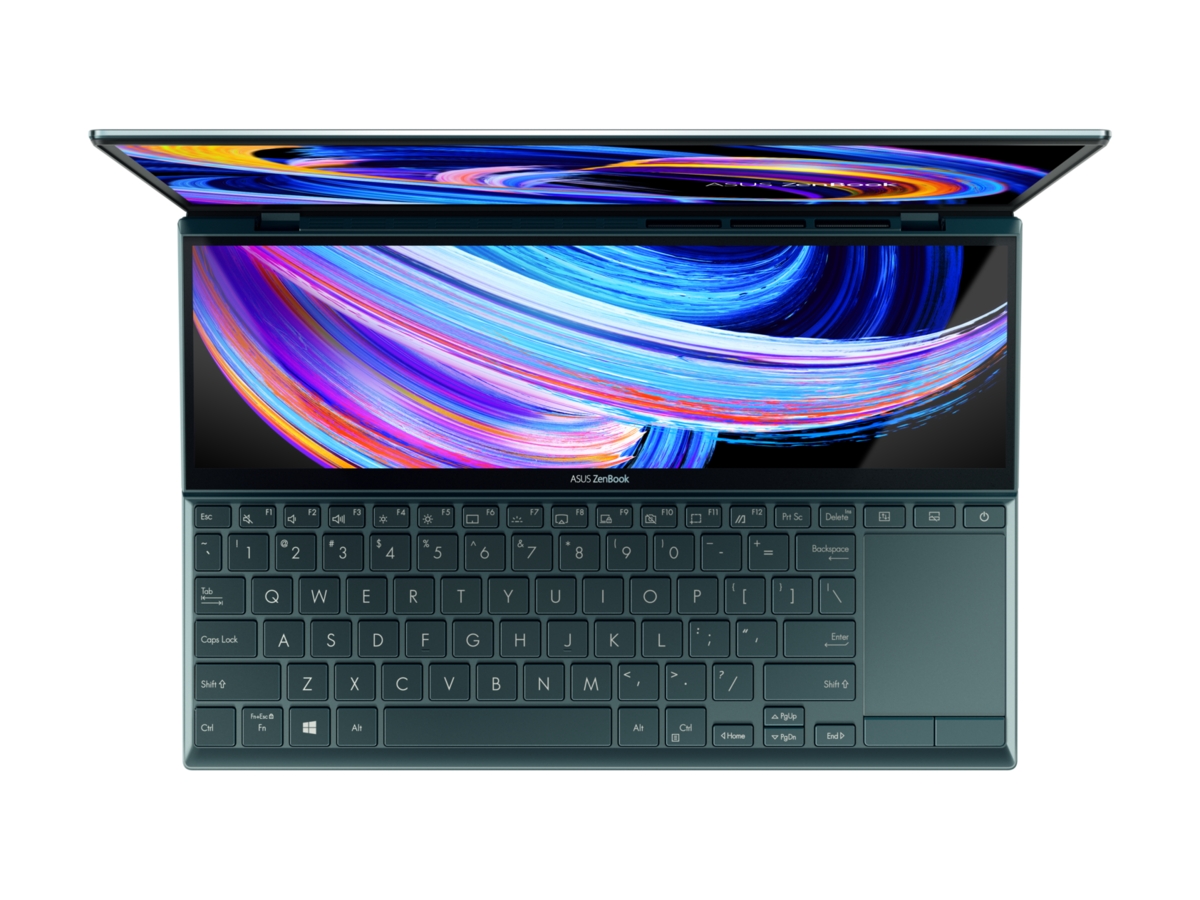 The ZenBook Duo 14 is a smaller laptop than the Pro Duo 15 and has a 14-inch main display along with 12.6-inch second display above the keyboard that also has the same auto-title mechanism. 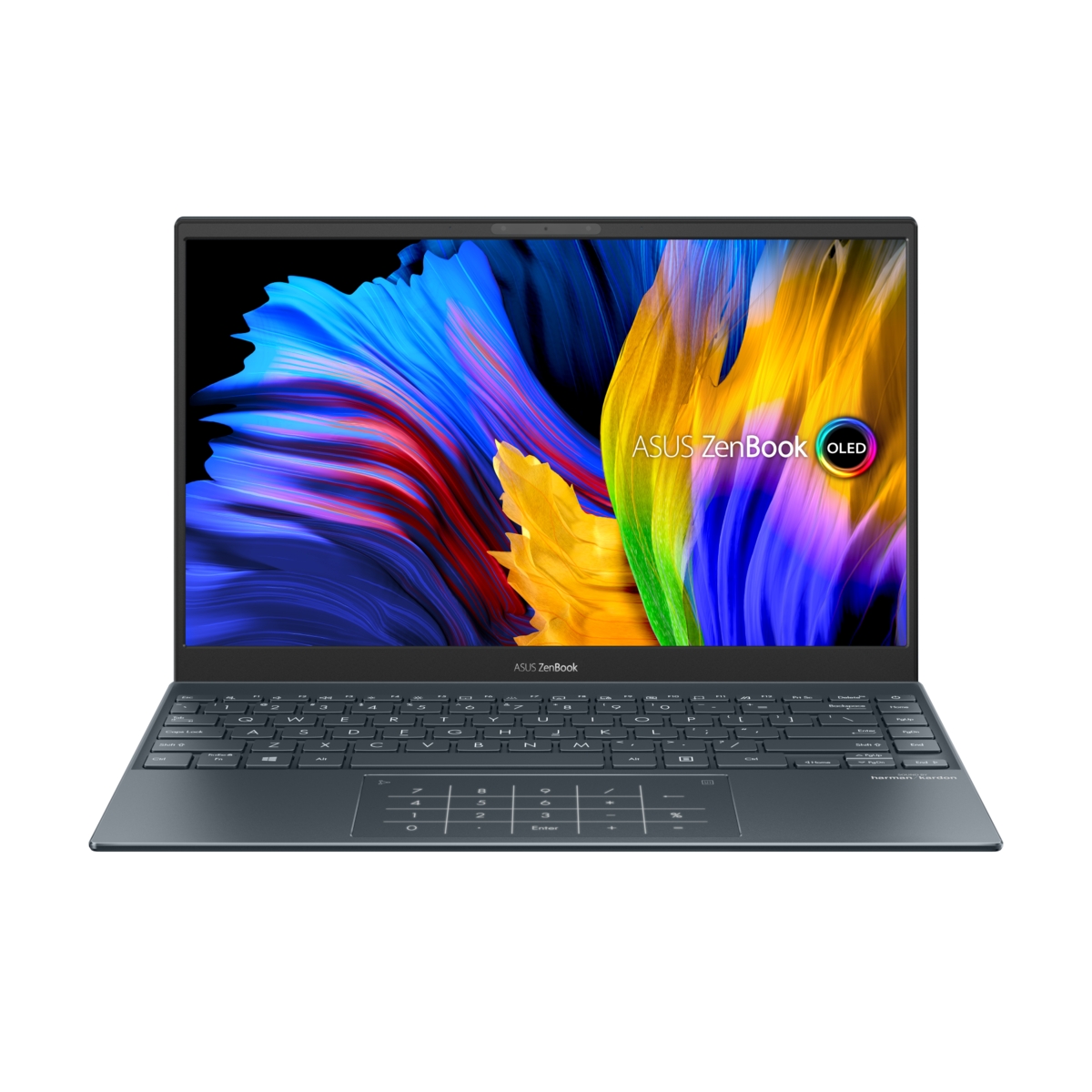 Both of them differ from each other in the processor segment as the UX325 features an AMD Ryzen 5000-series CPU while the UM325 has an Intel 11th Gen Core CPU. 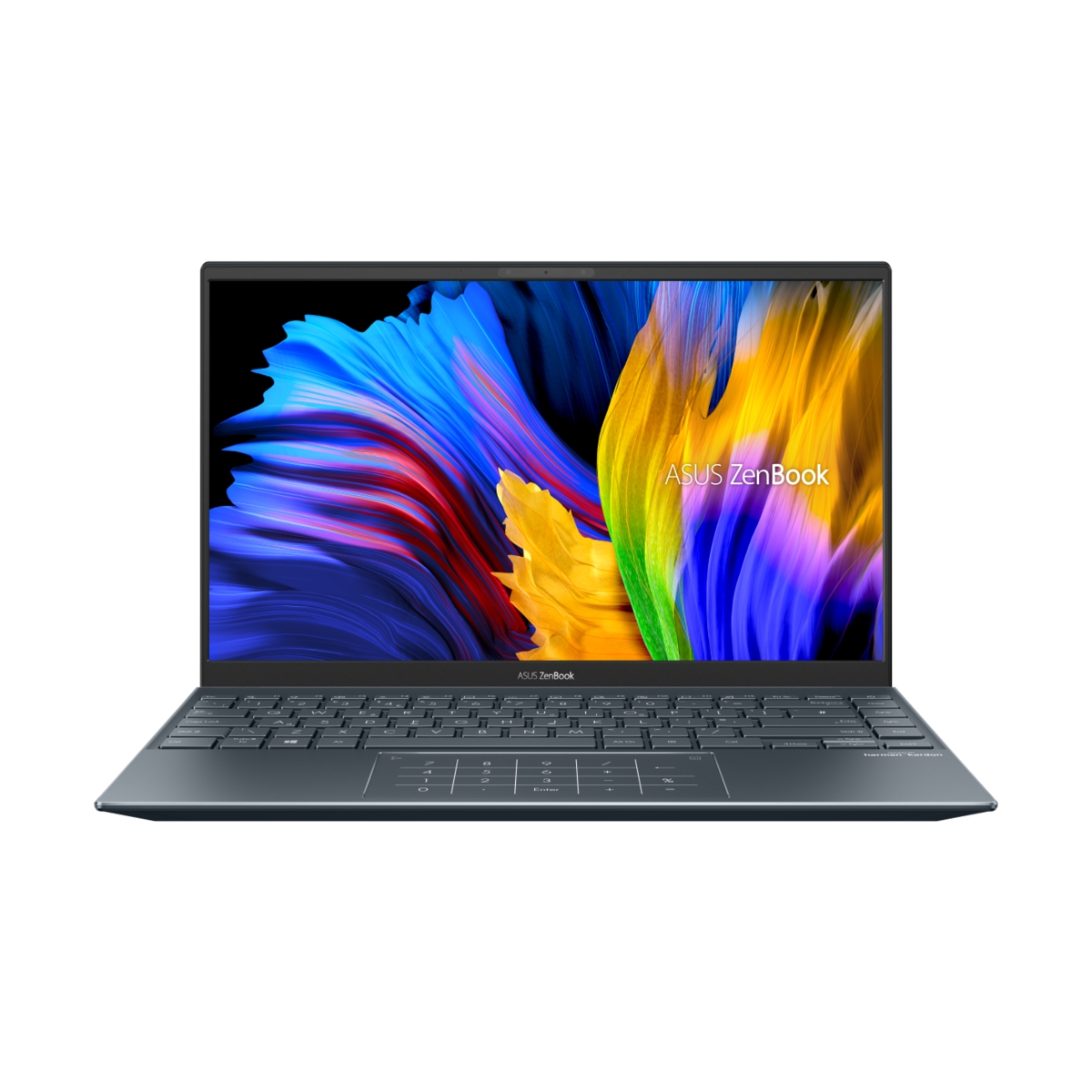 The ZenBook Flip 15 has a 360-degree hinge for converting it into a table and sports a 15.6-inch full-HD touchscreen. It comes with up to an Nvidia GeForce GTX 1650 Ti GPU. The new ZenBook 14 on the other hand weighs 1.3kg and has many of the same features as the ZenBook 13 OLED models. It sports a 14-inch full-HD LED-backlit screen. 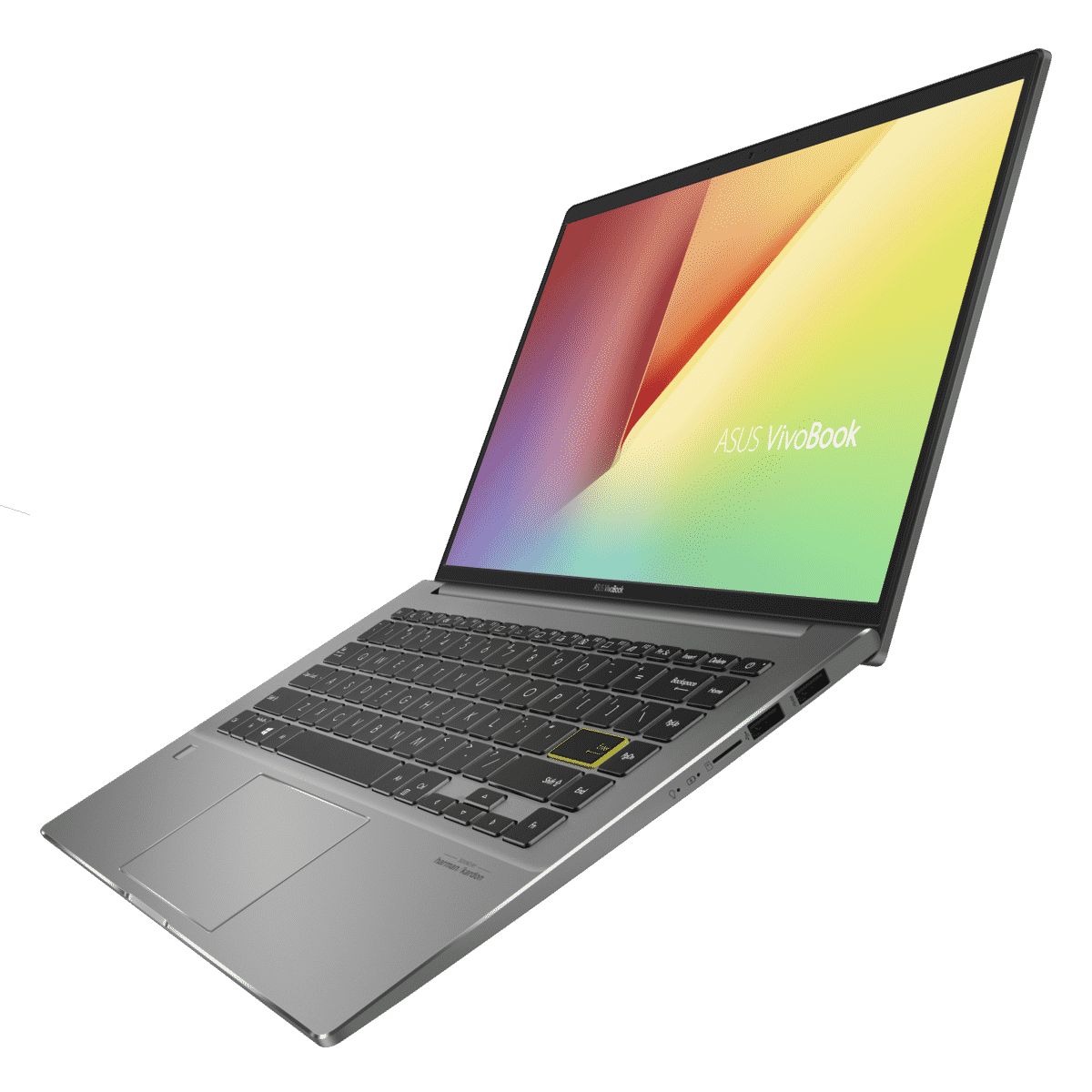 The new Asus VivoBook S15 has a 14-inch full-HD display with narrow bezels. It sports the Intel Evo certified design with an all-metal body and unique Deep Green colour with hints of yellow accents.

It measures 15.9mm thick and weighs 1.3kg. Asus claims 17 hours of battery life. It is powered by 11th Gen Intel Core CPUs with integrated Intel Xe graphics coupled with up to 16GB of RAM and 1TB of storage. Additional features included a fingerprint sensor, and virtual numberpad integrated into the trackpad.

Asus also announced a new ExpertBook B9 laptop which is powered by an 11th Gen Intel Core vPro CPU and comes with Intel Iris Xe Integrated GPU with up to 32GB of RAM, and dual SSDs in RAID. There is also an ExpertBook B1, which comes with up to an Nvidia GeForce MX330 GPU. And an ExpertCenter D7 SFF compact desktop PC that comes with up to a 3TB hard drive plus a 2TB SSD, and Nvidia Quadro P620 GPU

Asus announces new ExpertBook B1, B9 along with new CPUs and Education range laptops