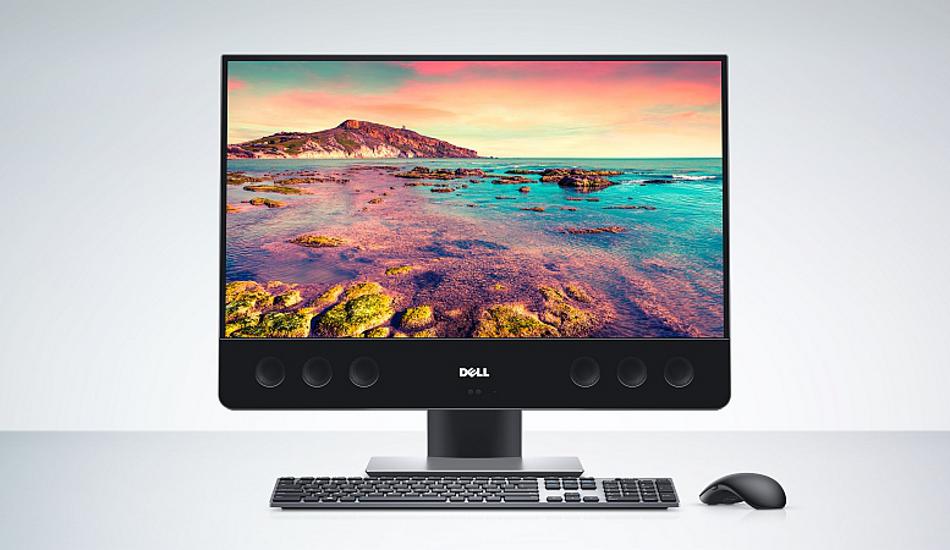 Previously, the company first announced the Dell XPS 13 2-in-1 variant at the CES 2017.

After announcing the 2-in-1 convertible variant of Dell XPS 13, the company has also unveiled a bunch of other products at the ongoing CES 2017. One of them is the updated Dell XPS 15 which the company claims is the smallest 15.6-inch laptop on the planet. The notebook comes with 7th Generation Intel Core processors, NVIDIA GeForce GTX 100 graphics and a fingerprint reader for password-free logins with Windows Hello support. The Dell XPS 15 will be available on the Dell.com in the US from January 5th starting at $999.99.

Not only this, the company also brought in new XPS 27 AIO (All-in-One) PC which Dell claims has the best sound quality amongst all AIO in the market right now. To detail out, Dell claims that with full frequency range high-fidelity audio built in, they deliver the best sound available in an AIO with 10 speakers pumping out sound at 50W per channel. Adding to this is a 27-inch 4K Ultra HD (3840 x 2160) edge-to-edge touch display with 100 percent Adobe color gamut support. For the CPU and the GPU, we get Intel Xeon processors, AMD Radeon Pro graphics which are capable of powering VR and outstanding reliability with ISV certifications for top programs like AVID and SolidWorks, as well as leading security and manageability software. As far as price and availability are concerned, the 27 AIO will also be available from January 5 at $1,499.99.

With CES being one of the biggest electronic trade show, Dell has also upgraded its current lineup of consumer notebooks like XPS, Inspiron and Alienware and commercial notebooks like OptiPlex, Latitude and Precision. All the above states notebook lineups now come with 7th Gen IntelÂ® Coreâ„¢ processors, USB-C with Thunderboltâ„¢ 3 connectivity options and updated professional graphics from NVIDIA and AMD.

Moreover, the upgrades have also been expanded to Dell’s business products with the introduction of some 2-in-1 ultra-thin notebook designs for catering professionals which demand light and portable products without compromising on productivity, security, and manageability. Some of the examples being Precision 5520, which the company claims is the world’s lightest 15-inch mobile workstation, the Latitude 7000 Series Ultrabooks and not to forget the famous 12-inch 2-in-1 Latitude 5000 Series. The precision 5250 will be available fromJanuary 5 on Dell.com in the US starting at $1,399.

Apart from this, the company also updated its OptiPlex lineup with the new OptiPlex 5250 AIO and updated new series of small and micro form factor desktops. Moreover, perfect for pairing with a desktop or laptop, new monitors also include the Dell 24 Monitor for Video Conferencing, which features a two megapixel Full HD IR camera with privacy shutter, noise-canceling microphone, and dual 5W speakers built in, and the Dell 24 Touch Monitor. the Dell 24 Touch Monitor (P2418HT) starts at $399.99, and the Dell 24 Monitor for Video Conferencing (P2418HZ) starts at $329.99 both to be available on January 12 on Dell.com in the US. On the other hand, The OptiPlex 5250 AIO starts at $879 and will be available from February 7, 2017 on Dell website as well.

Further expanding its portfolio of products, the company also unveiled a new 32-inch 8K resolution Ultra-Sharp UHD monitor. Dell claims that It has more than 1 billion colors, 33.2M pixels of resolution, 100 percent Adobe RGB and sRGB color gamut and an unprecedented 280 ppiâ€”which is four times more content than Ultra HD 4K resolution and 16 times more content than Full HD. Also, several new monitors come with the company’s new HDR feature which enhances the visual experience through a wider range of colours. New monitors with the HDR feature include: the Dell 27 Ultrathin Monitor with a contemporary design, the world’s thinnest profile in its class, InfinityEdge display, Quad HD technology and USB Type-C connectivity as well as the Dell 24 and 27 InfinityEdge Monitors, which also feature dual 6W external speakers professionally tuned by award-winning Waves Maxx Audio. While the Dell 27 InfinityEdge Monitor ($379.99) will be available from February 23, 2017, the Dell UltraSharp 32 Ultra HD 8K Monitor starts at $4,999 and will be available from March 23, 2017 on Dell.com in the US.

Apart from the above-mentioned products, Dell also made some advancements in workspace area and also promised to bring in a new 2-in-1 wireless charging solution.