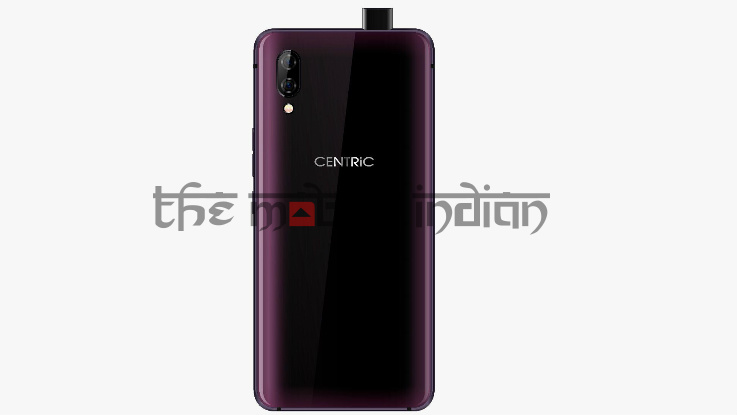 The company is launching CENTRiC S1 with pop-up selfie camera along with four new budget-centric smartphones including G5, G3, A2 and L4. The company is all set to introduce the upcoming smartphones at the Mobile World Congress (MWC) 2019.

Manish Agarwal, Managing Director, CENTRiC, has told The Mobile Indian that its upcoming CENTRiC S1 will be priced between Rs 20,000 to Rs 30,000 in India. The smartphone will be launched in India in the next four months and it will be available through offline channels. Manish revealed that the company will focus on the offline channel only for the time being and there is no plan for going to e-commerce channels. He shed some light that the upcoming smartphones will come bundled with Reliance Jio cashback offer as well.

Manish says that theCENTRiC S1 will feature a 6.2 Full HD+ AMOLED display and it will feature a 92 per cent screen-to-body ratio and above 500nits brightness. The device will be powered by the latest MediaTek Helio P70 chipset and it will be available in two memory storage options: 4GB RAM + 64GB storage and 6GB RAM + 128GB of internal storage. Both the models will be priced under Rs 30,000 segment. He also said that the phone will feature an in-display fingerprint sensor.

He says that the smartphone will be locally “assembled” in the country. For optics, which is also the major highlight of the smartphone, it will come with Sony sensor and it will be equipped with a dual-camera setup as well.

The phone will be backed by a 3800mAh battery and it will support fast charging coupled with wireless charging. It will run on Android 9.1 Pie, which will offer stock Android experience. The company has revealed that it will roll out updates at a regular interval of time.

The company is also launching the four budget-centric smartphones including G5, G3, A2 and L4. The CENTRiC L4 will be the entry-level smartphone, which will be priced under Rs 10,000 segment and it will be available in the country by March end. Rest of the smartphones including G5, G3 and A2 will be available in the next four months and will be priced different price bands.