The Canvas Doodle 2 Android smartphone boasts a bigger 5.7 inch display with a 720 x 1280 pixel native resolution and capacitive touch input, along with stylus functionality. The display is based on IPS (In Plane Switching) technology that offers better contrast and colour vibrancy. Additionally the device has Micromax Canvas 4 alike features including blow to unlock and shake to unlock features. 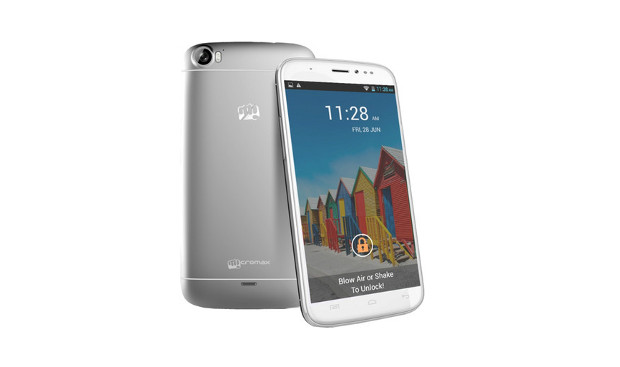 The Canvas Doodle 2 is based on a Mediatek Quad core processor running at 1.2 GHz along with a 1 GB of RAM and 12 GB of onboard storage out of which 10 GB would be available to the users. It is not yet known whether it has a micro SD card slot or not. Also though it has a good looking 2600 mAh battery, it is said to provide only 8 hours of talktime on 2G network.

The Micromax Canvas Doodle 2 has Android 4.2 Jelly Bean operating system along with Micromax’s custom user interface layer on top of it. It has a 12 megapixel camera at the back and a 5 megapixel front facing camera.