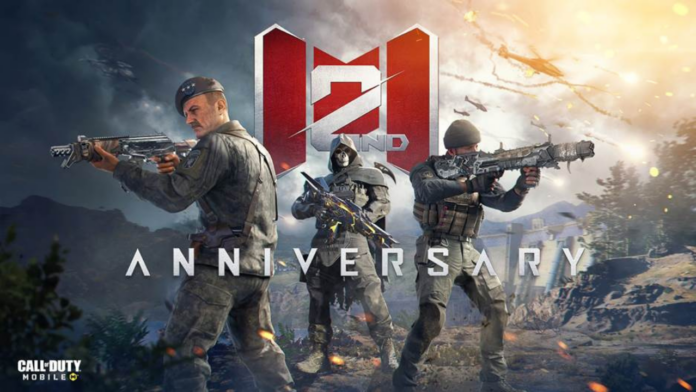 Activision has announced that Call of Duty: Mobile Season 8: 2nd Anniversary launches on Thursday, September 23 at 8 AM IST. At launch, players will be able to revisit the very first Call of Duty Battle Royale map – Blackout.

Launched initially in Call of Duty: Black Ops 4, Blackout was the largest map in any Call of Duty game ever. It featured parts of existing multiplayer maps such as Estate, Nuketown, Construction Site, and many more. In addition to Blackout, the Battle Royale experience is being updated and enhanced.

During the Anniversary season, Activision will also be announcing an exciting new tournament set on the Blackout map. Additionally, throughout Season 8, players will be able to celebrate the 2nd birthday of Call of Duty: Mobile with three new events. These will include an Anniversary Cake event, an Anniversary Puzzle event, and a new themed event called Counterattack.

Additionally, players will have the opportunity to earn 50 new tiers of Battle Pass rewards. Season 8 launches with a fresh supply of free and premium content. It includes new characters such as Alias – Battleworn and Velikan, and Volcanic Ash. Moreover, there are new functional weapons as well that will be launched. These include the R9-0 shotgun and, later in the season, the M13 assault rifle, a new Scorestreak, Weapon Blueprints, Calling Cards, Charms, Call of Duty Points (CP), and more.

Call Of Duty is one of the main rivals for PUBG: New State which is an upcoming game in India. To recall, PUBG: NEW STATE recreates PUBG: BATTLEGROUND’s original Battle Royale experience, making it a “realistic battle royale game” on mobile. PUBG: NEW STATE title garnered great attention from the global mobile gaming community in the pre-registration stage. Furthermore, it gained over 32 million pre-registrations on Android and iOS globally, excluding China, India, and Vietnam.