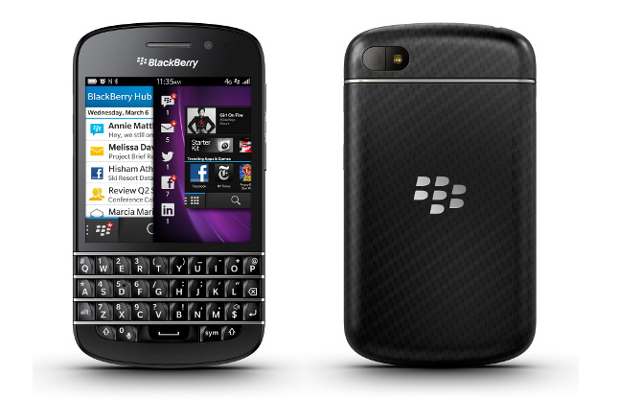 The BlackBerry Q10 is about 10.3 mm thick and weighs 139 grams. This smartphone has a dual-core 1.5 GHz Texas Instruments OMAP 4470 mobile processor, 2 GB RAM and 16 GB on-board storage. There is also a hot swappable memory card slot that can accommodate up to 32 GB micro SD card.

BlackBerry Q10 supports quad-band GSM networks and packs dual-band WiFi network (2.4 Ghz and 5 GHz) along with Bluetooth 4.0. BlackBerry has packed sensors such as accelerometer, gyroscope, proximity, compass and also the GPS module with A-GPS support. It comes with an 1800 mAh battery that claims to offer talk time of 10 hours over 3G networks.