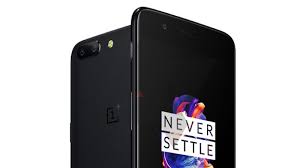 According to the operator, it will focus in areas where 3G coverage is low.

State-run telecom services provider, BSNL is finally ready to offer 4G services. Keral will be the first circle to get the 4G LTE services of BSNL.

“We are going to start 4G from Kerala. That will be our first circle on 4G LTE,” BSNL Chairman and Managing Director Anupam Shrivastava was quoted as saying by PTI.

After that BSNL will launch 4G services in Odisha.

According to the operator, it will focus in areas where 3G coverage is low.

BSNL has 5 MHz spectrum in 2100 MHz band using which it will offer 4G services. It is seeking 5 MHz more spectrum in the band to roll out 4G services in other areas.

BSNL currently offers 2G and 3G services, and has about 10 crore subscribers. It is also offering WiFi services in 16,000 hotspots.

BSNL though will have to do a lot as most private operators have their own 4G services in almost all major circles. Currently, Airtel, Jio, Idea and Vodafone are engaged in a bitter fight, with each of them bringing out cheap 4G plans every other day.

The Central government meanwhile is thinking of merging MTNL and BSNL to give them a fighting chance to compete against the private telecom operators. Currently, the telecom sector of India is going through a tectonic shift with many mergers like that of Vodafone and Idea in the pipeline. Hopefully the new year will bring more cheers to the state-run teleco.