BSNL, in partnership with Champion, has announced the launch of a new phablet. The new BSNL Champion DM6513 is priced at Rs 6,999.

BSNL Champion Mobile Phablet comes powered with a dual core processor and it has Android 4.2.2 operating system. This 3G phablet has a 6.5 inch touchscreen, G- Sensor and FM with Recording facility. 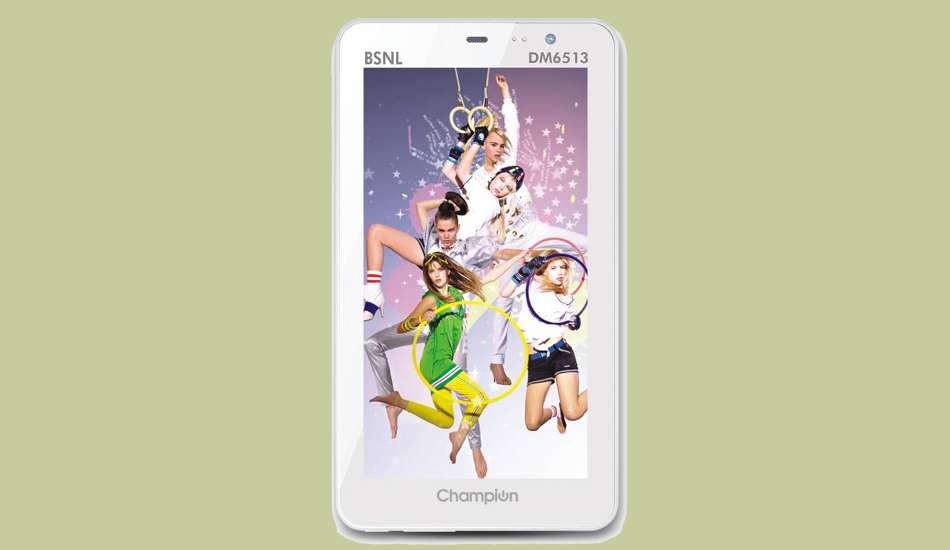 The BSNL Champion DM6513 has two cameras – a front 2 megapixel unit and a 5 megapixel rear camera unit. It has a huge 3500mAh battery but it promises only up to 4 hours of talk time and standby time of 62 hrs. The phablet is WiFi enabled and the memory is expandable up to 32 GB.

Launching the new phablet, Kapil Wadhwa, managind director, Champion Computers, said, “Our BSNL DM6513 is a 6.5 inch phablet which is suitable for both work and play. We are affirmative that this product will set great standards and substantiate that we are offering the best of quality at very affordable prices.”