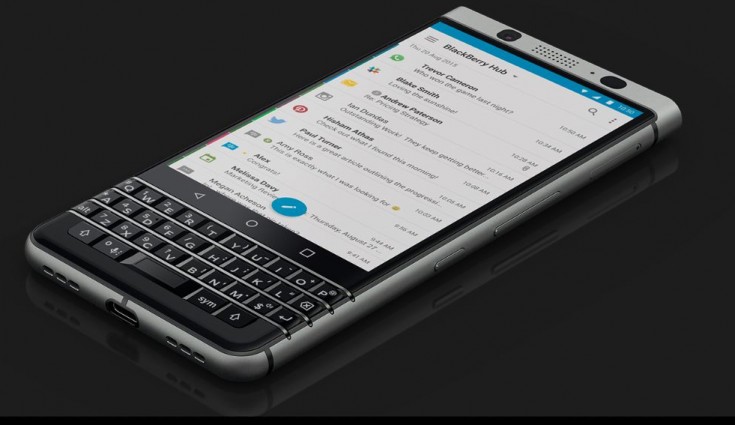 BlackBerry KEY² was launched at an event in NewYork recently. Since KEYone has now received a price cut in India, it is expected that the successor will also soon debut in India. As of now, there is no official confirmation about the launch of the BlackBerry KEY2 in India.

BlackBerry KEYone was launched in India last year for Rs 39,990. Now the smartphone has received a price cut of Rs 6,240 and is currently retailing at Rs 33,750 on Amazon India.

Apart from the price cut, on the purchase of BlackBerry KeyONE Amazon is also giving an exchange offers and EMI option starting at Rs 1,605 per month. Along with this, you can also avail 10% cashback on Citi Credit Cards EMI transactions. However, this offer is only for Amazon Prime members. 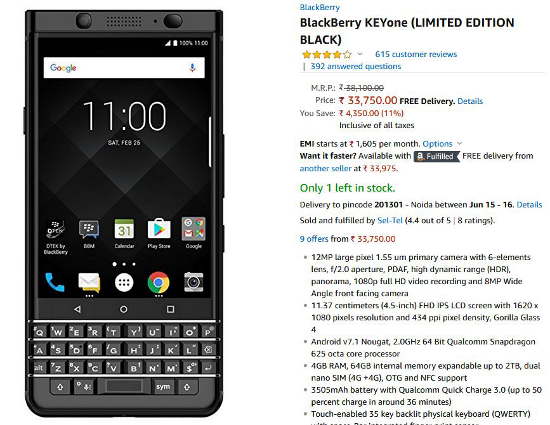 Recently, BlackBerry KEY² was launched at an event in NewYork. Since KEYone has now received a price cut in India, it is expected that the successor will also soon debut in India. As of now, there is no official confirmation about the launch of the BlackBerry KEY2 in India.

To recall the specs of BlackBerry KEYone, the smartphone sports an aluminium frame and a 4.5-inch full-HD (1620×1080 pixels) IPS display with a pixel density of 433ppi and has Corning Gorilla Glass protection. It is powered by a Qualcomm Snapdragon 625 octa-core SoC clocked at 2GHz, coupled with 4GB of RAM and an Adreno 506 GPU. It has a 64GB of inbuilt storage that is expandable via microSD card (up to 2TB).

The smartphone runs on Android 7.1.1 Nougat operating system. It is backed up by a 3505 mAh battery and has QuickCharge 3.0 with a ‘Boost’ charging feature that gives 50 percent charge in “roughly 36 minutes.” On the camera front, the smartphone offers a 12-megapixel rear camera with a Sony IMX378 sensor and an 8-megapixel front facing the camera with a wide-angle lens and a flash module. Besides, the smartphone offers hybrid dual sim, 4G LTE, Wi-Fi, Bluetooth, and a USB Type-C port. The smartphone measures 149.3 x 72.5 x 9.4 mm and weighs 180 grams.