BBM coming soon to Android Wear near you

One can use voice and Google Now to respond to messages hands-free in the BBM app for wearable devices.

BlackBerry has announced that its bringing BlackBerry Messenger (BBM) for the Android wearable devices. The company has not shared any timeline regarding its availability but has said that is coming soon.

BlackBerry said in its blogpost, “With BBM for Android Wear, we’ve taken some of the most common BBM activities out of your pocket and onto your wrist. If you often hear the BBM notification when your hands are full you’re going to love this.” 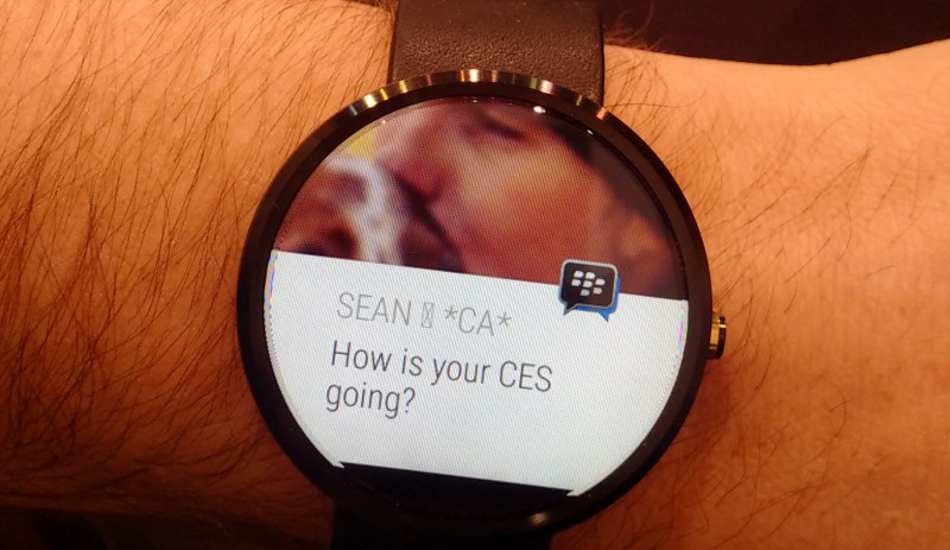 BlackBerry in 2013, had first launched BBM messaging application for Android and iOS operating system based devices and this new development is aimed to target a segment which is still in the nascent stage but has a potential to grow in future.

Unlike other social messaging apps that use phone numbers and email address, BBM uses PIN that gives you a lot of privacy. Using BBM of wearable device one can see a new message and read it, review and accept requests, flip through several messages to find address you are looking for, send pre-defined messages if you are in a hurry and one can even use voice and Google Now to respond to messages hands-free.