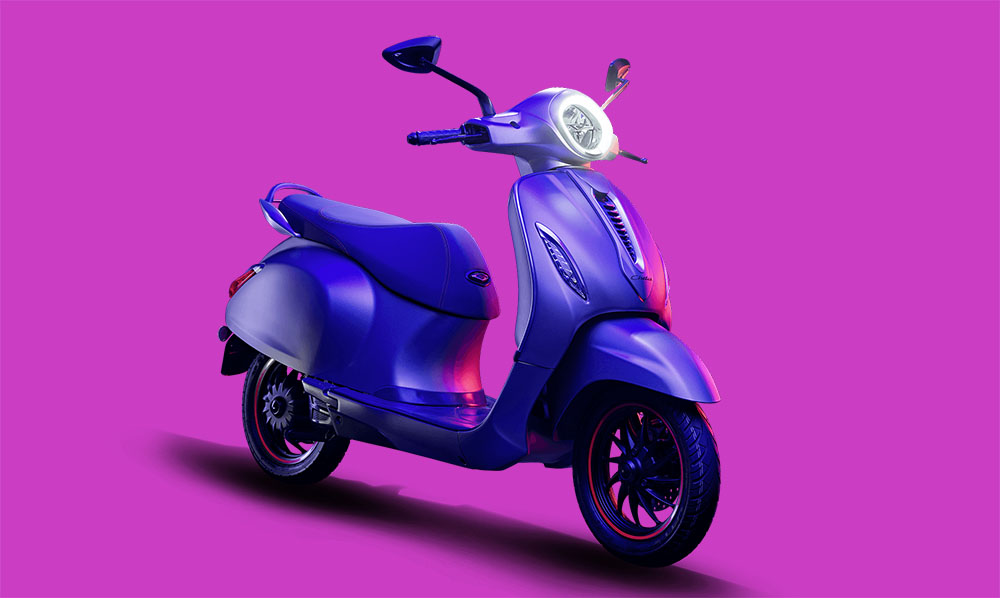 The scooter was announced earlier this year but owing to the lockdown Bajaj had to change it plans.

Bajaj unveiled the rechristened Chetak scooter in electric avatar earlier this year. The company was expected to start production and then sales in a few months after that but then coronavirus disrupted everything. According to new report, booking for Chetak has been suspended, and deliveries are only expected to start from September onwards.

Even though Bajaj has resumed production, the company is yet to begin the work for Chetak. The report further points out Bajaj is most likely working with a skeletal workforce, prompting the company to focus on products that have more demand from consumers in the market. And understandably Chetak doesn’t feature in those plans for them right now.

As you might recall, Bajaj Chetak has been priced Rs 1,00,000 for the drum brake Urbane variant and Rs 1,15,000 for the disc brake Premium model.

Bajaj has retained the retro design for the scooter, keeping some memories of the good-old, four-stroke Chetak.The modern part of the scooter includes the digital instrument console and LED lights. And more importantly, it pairs with an app via eSIM through which you can monitor battery level, temperature of the scooter. But the new model runs on electricity, marking the company’s debut in the segment, where it competes with Ather, Hero Electric and slew of ther EV brands.

The electric Bajaj Chetak has riding range of 95 km on a single charge. This is possible because of the 4kW electric motor which puts out 16 Nm of torque. It has a 3kWh lithium-ion battery pack, offering dust and water resistant via IP67 and takes around five hours to charge using the household socket. It comes with a three-year, 50,000 Km warranty.

While demand for the electric Chetak might be limited for the next few months, it’s likely that people might consider the two-wheeler for its energy efficiency and the brand name attached to it.