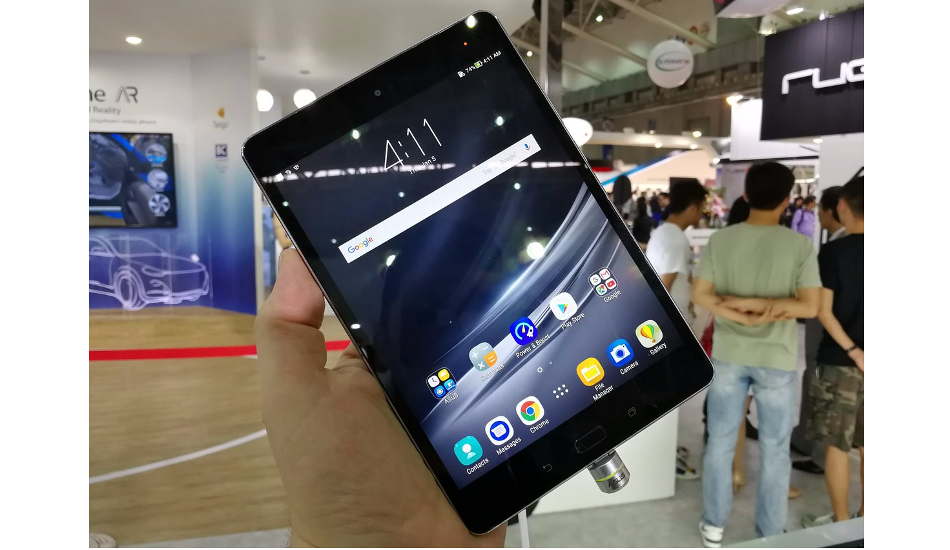 Asus ZenPad 3S 8.0 has a 7.9-inch IPS (2048 x 1536p) display which is powered by Qualcomm Snapdragon 652 processor and Adreno 510 GPU. The tablet runs on Android 7.0 Nougat operating system that is wrapped under ZenUI 3.5 and for power, it comes bundled with a 4680 mAh non-removable battery which claims to offer up-to 11 hours of battery life.

The Asus ZenPad 3S 8.0 comes in two variants – one with 3GB RAM with 32GB internal storage and the other with 4GB RAM with 64GB of internal storage. The ZenPad 3S 8.0 memory can be further expanded by up-to 128GB via a micro SD card. The tablet has an 13-megapixel rear camera and a 5-megapixel front-facing camera for video calling. Besides, the tablet offers 4G/LTE, WiFi (802.11 ac/b/g/n), Bluetooth 4.1, GPS/AGPS/GLONASS, USB Type-C, stereo speakers and a gyro and e-compass sensor.