Asus Zenfone 4 to be unveiled next month? 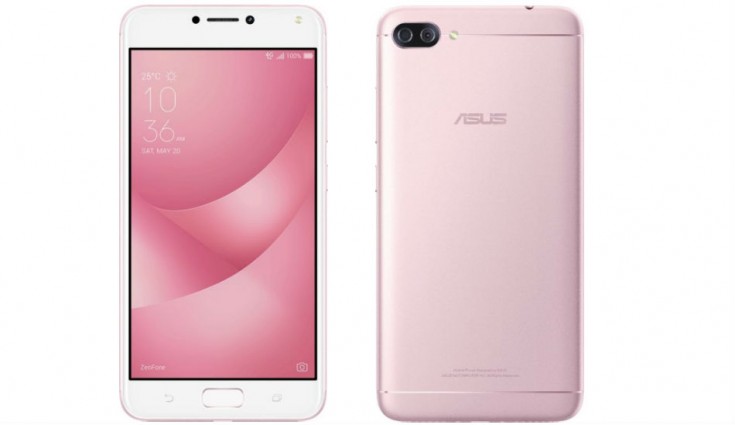 Asus will be launching five models in the Zenfone 4 series.

Asus will be launching five models in the Zenfone 4 series which includes Zenfone 4 – ZE554KL, Zenfone 4 Pro – Z01GD, Zenfone 4 Selfie – Z01M, Zenfone 4V – 520KL/A006 and Zenfone 4 Max in Taiwan on August 17, as per the report from AndroidPure,.However, the event has not been officially announced by Asus. The series is also likely to be unveiled in Europe in September this year.

Out of these five Zenfone 4 Max has already been launched in in Russia earlier this month. The smartphone comes in Black, Gold and Pink colour variants. The base variant with Snapdragon 425 processor along with 2GB of RAM and 16GB of internal storage is priced at 13,900 Ruble (approx. Rs 15,167).

The Asus ZenFone 4 Selfie – Z01M was spotted on Gfxbench website last month. As per the listing, it features a 5.5 inch Full HD display with a resolution of 1920 x 1080 pixels. It is powered by 2.0 GHZ octa-core Qualcomm Snapdragon 625 processor along with Adreno 506 GPU. The Zenfone 4 Selfie will come with a 16-megapixel rear camera and 12-megapixel front camera for selfies. The smartphone will come with 4GB of RAM and 32 GB of internal storage, as per the listing. The phone runs on Android 7.1.1 Nougat based operating system with ZenUI on top of it.

Meanwhile, Asus X00ID which was earlier spotted on GFXBenchmarking website has now received approval from Federal Communications Commission (FCC) in the US which indicates that the smartphone will soon unveil in the United States.

As per leaks, Asus X00ID has a 5.5-inch display that has full HD (1280×720 pixels) resolution. It has Qualcomm Snapdragon 430 1.4 GHz octa-core processor, 3GB RAM, 32GB of internal storage, Adreno 505 GPU and Android 7.1.1 Nougat operating system. Further, the Asus phone is said to come with dual rear camera setup of 13-megapixel and 5-megapixel with autofocus, face detection, HDR photo, touch focus and LED flash on its rear panel. There is an 8-megapixel camera in its front for selfies.