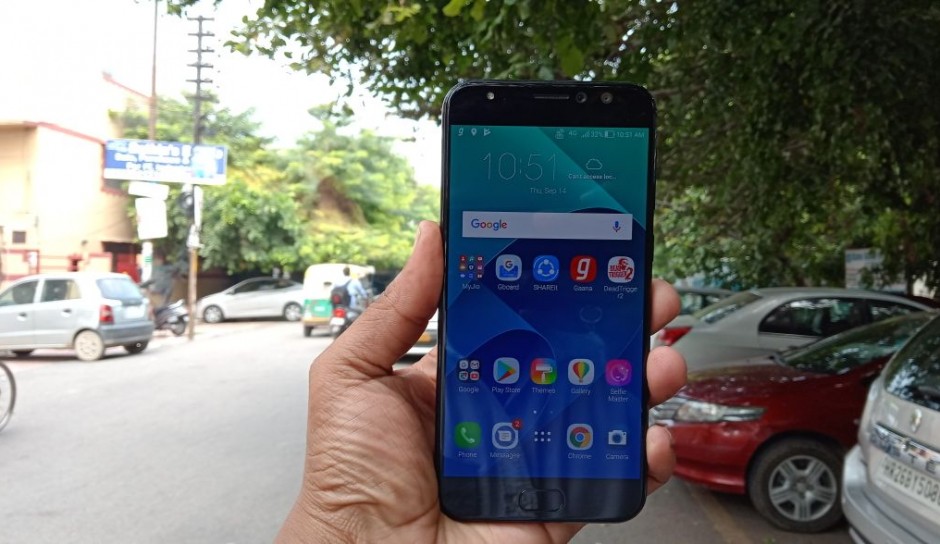 The update is available for two version of the Asus Zenfone 4 Selfie - ZD553KL and ZB553KL, both of whose software will now be ported to version 15.0400.1809.405. the update not only brings Google’s previous mobile OS but also seeds the ZenUI 5.0 interface that belongs to Asus.

Asus is rolling out an update to the Zenfone 4 Selfie smartphone which was introduced during September last year exclusively on Flipkart with a dual camera setup on the front focussed primarily for users who click selfies. The latest update shifts the Android version of the selfie-smartphone to Android 8.1 Oreo, which refines the Taiwanese giant’s commitment to its budget smartphones.

The update is available for two version of the Asus Zenfone 4 Selfie – ZD553KL and ZB553KL, both of whose software will now be ported to version 15.0400.1809.405. the update not only brings Google’s previous mobile OS, Android 8.1 Oreo, but also seeds the ZenUI 5.0 interface that belongs to Asus.

Post getting Oreo update, the smartphones will have picture-in-picture mode that lets users to two tasks simultaneously. So, for example, one can minimise a YouTube video while sending a text message or writing an email. Android Oreo has other features like including Background limits, installation of apps via APK, over 60 new emojis, notification dots, Wide-gamut colour for apps, Snoozing individual notification, Adaptive icons, Keyboard navigation, WebView enhancements and much more.

The latest update is a phased rollout which means it might take another week or two till the software is pushed to all the devices. To manually search for the same, head over to Settings > About > System update on your Asus Zenfone 4 Selfie in case you haven’t been prompted about the latest update.

To recall, the Zenfone 4 Selfie features a 5.5-inch HD IPS display and is powered by a Qualcomm Snapdragon 430 chipset Adreno 505. Both the devices come loaded with 4GB of RAM and 64GB of internal storage. The device comes with a dual-front camera that is loaded with a 20-megapixel front camera with soft LED Flash, f/2.0 aperture along with an 8-megapixel secondary camera with 120-degree wide-angle lens, f/2.0 aperture for selfies and video calling. On the rear panel, there is a 16-megapixel rear camera with dual-tone LED flash and PDAF. The device is backed up by a 3000mAh battery with fast charging and carries a fingerprint sensor on the front.