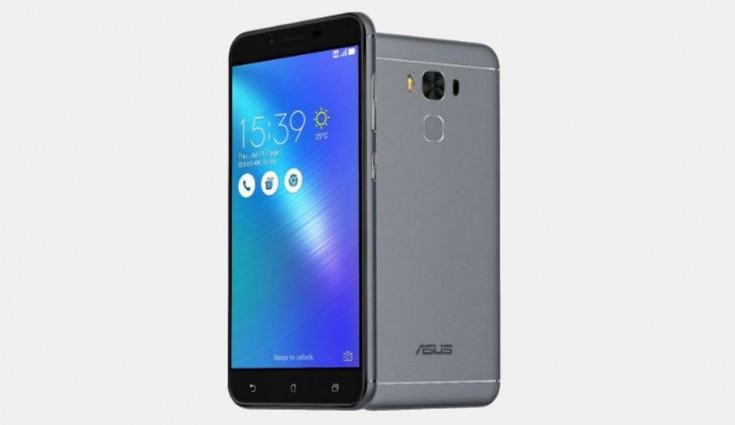 The update is being currently rolled out to ZenFone 3 Max (ZC553KL), however, release notes also mention Asus ZenFone 3 Deluxe (ZS550KL).

Users must have 1.5GB of free space to download and install the update. Though the release date has been stated as 15th of May 2017, this is an auto push hence it will take some time to reach every device before it comes to your device. One can also manually check for the update by going to Settings ->About Phone -> Software Update.

The official ZenTalk forum does not reveal the full changelog of this update. It only mentions that this update will bring Android 7.1.1 Nougat to the device.However, it will include new features, enhanced ZenUI, performance boost, general bug fixes and latest security patches.

Apart from this, the update brings in a bunch of features including split-screen multi-tasking, more customisable quick settings, improved Google keyboard, enhanced notifications and recent applications window. Further, the latest Android OS version also brings in ‘Double Tap’ on the Recent button to switch between the two most recent apps which come in very handy at times. For extended battery life, Android Nougat comes with ‘Doze on the go’ which will get activated even if your Nougat running device is in your pocket.

Let’s look at the specs of the Asus Zenfone 3 Max smartphone.

The USP of this smartphone is its powerful 4,100 mAh non-removable battery, which claims to deliver up-to 38 days of standby time and 17 hours of VoIP talk time on a 3G network. It also supports reverse charging, which can be double up as a power bank to charge other devices.

The Zenfone 3 Max (ZC520TL) variant too has a metal unibody design and features a smaller 5.2-inch HD (720p) 2.5D curved glass display and is powered by 1.25GHz Quad-Core MediaTek MT6737T processor. It comes with 3GB of RAM and 32GB of internal storage, which can be expanded up-to another 32GB via microSD card.

On the camera front, there is a 13-megapixel primary camera with dual LED flash and a 5-megapixel front-facing camera. The Zenfone 3 Max (ZC520TL) measures 149.5×73.7×8.55mm and weighs 148 grams. Rest of the specifications of this variant are identical to the above listed larger variant (Zenfone 3 Max (ZC553KL)).