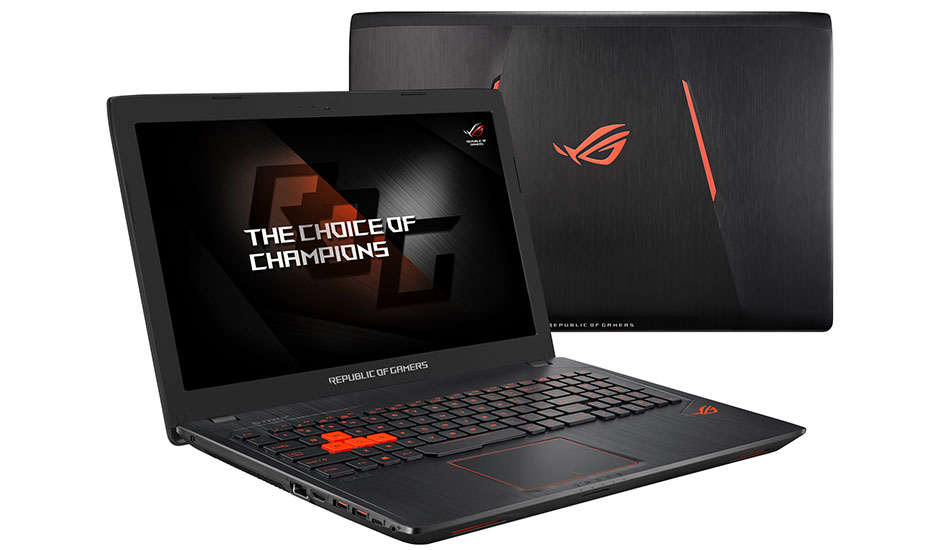 The gaming laptop was first unveiled at the Consumer Electronics Show (CES) 2017 and comes with a 15.6-inch Full HD display

Asus has today announced a new gaming laptop under its Republic of Gamers (ROG) series with the launch of ROG Strix GL553 in India. The notebook is available at a starting price of Rs 94,990 at leading stores in the country.

To recall, the gaming laptop was first unveiled at the Consumers Electronics Show (CES) 2017 and comes with a 15.6-inch Full HD display with a screen resolution of 1920 x 1080 pixels with a brightness of 300nits. The notebook comes with a brushed aluminium finish coupled with an illuminated ROG logo at the back.

The gaming laptop is powered by a 7th generation Intel Core i&-7700HQ processor along with NVIDIA GTX 1050Ti/1050 graphics. There is an Intel Core i5 variant as well. The device is backed by up to 16GB of DDR4 RAM which can be further expanded up to 32GB DDR4 with two DIMM slots. On the storage front, the laptop comes with 1TB of HDD storage which is expandable.