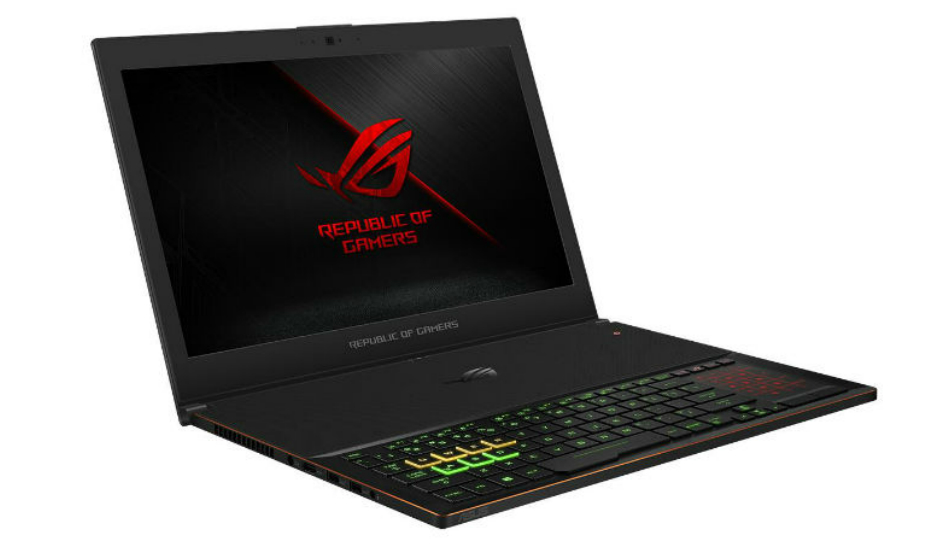 Both laptops are powered by the 8th generation Intel Core i7 and would be made available through Flipkart, Croma and ASUS stores.

Asus has announced its latest gaming laptops lineup in India with the launch of the GL503 and GX501 under its Republic of Gamers tag. Both gaming laptops come loaded with Intel’s 8th generation Core processors and NVIDIA GTX graphic units and are already available for pre-orders starting Rs 109,990.

The Asus ROG Strix GL503 is powered by an 8th gen Intel Core i7 processor coupled with an NVIDIA GTX 1050Ti for dedicated graphics. Furthermore, the notebook features 16GB of RAM with storage combinations of 1TB FireCuda SSHD and 256GB PCIe SSD for enhanced performance on the go. The display on the GL503 is an FHD TN panel that spans as much as 15.6-inch with a refresh rate of 120Hz, a response time of 5ms and brightness capacity of 400 nits.

Meanwhile, the ROG GX501 which ASUS has labelled as Zephyrus is, as the company claims the world’s thinnest gaming laptop. Powered by the same 8th generation Intel Core i7 processor but coupled with a much improved NVIDIA GTX 1080 (Max-Q) graphics unit, the Zephyrus still only managed to go as thick as 17.9mm at its thickest edge.

The 15.6-inch FHD display on the device is much smoother due to the 144Hz refresh rate and 3ms response time and is enabled to allow motion blur and prevent screen ghosting. With the GTX 1080 on board, the notebook is integrated with NVIDIA’s G-SYNC technology that analyzes and synchronizes the refresh rate of the display to that of the graphics unit. In terms of connectivity, the Zephyrus is embedded with a USB Type-C port that also supports Thunderbolt 3 and an HDMI 2.0 port.

Asus packages the ROG Strix GL503 for an asking price of Rs 109,990 while the thinner and the much powerful GX501 is priced at Rs 299,990. Both these gaming notebooks are available across exclusive ASUS stores and Croma stores across India and can also be purchased online exclusively through Flipkart.