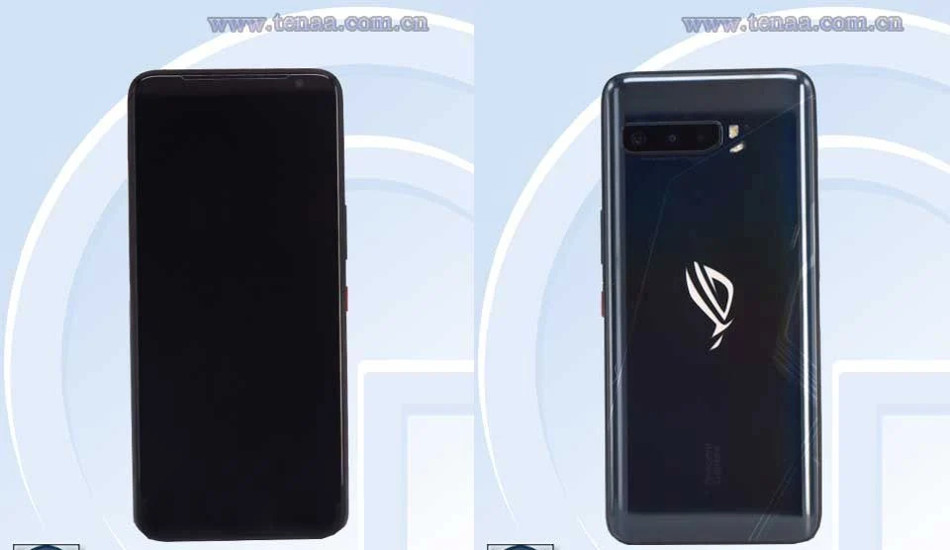 UPDATE: A live image showing the back panel of Asus ROG Phone 3 has been leaked by tipster Digital Chat Station. At the back, there is LED ROG logo with a new Tencent Games branding at the bottom and triple camera setup. The same source has also leaked key specifications which include a 6.59 inch FHD+ display, Qualcomm Snapdragon 865 SoC paired with 16GB of RAM and 512GB of internal storage and 6,000mAh battery with 30W fast charge. Asus ROG Phone II was launched in India in September last year. Now the company is working on on the launch of the ROG Phone 3 gaming-focused flagship phone. The Asus phone with model number ASUS_I003DD has surfaced on the database of China’s TENAA telecom authority with full specifications. Meanwhile, the phone has also been spotted on AnTuTu benchmarking website.

As per the TENAA listing, Asus ROG Phone 3 features a 6.59-inch AMOLED display that offers 1080 x 2340 pixels Full HD+ resolution and 19.5:9 aspect ratio. The TENAA listing and AnTuTu reveals 3.091GHz processor which could be unannounced Snapdragon 865+ SoC. The phone has scored 646310 points on AnTuTu. 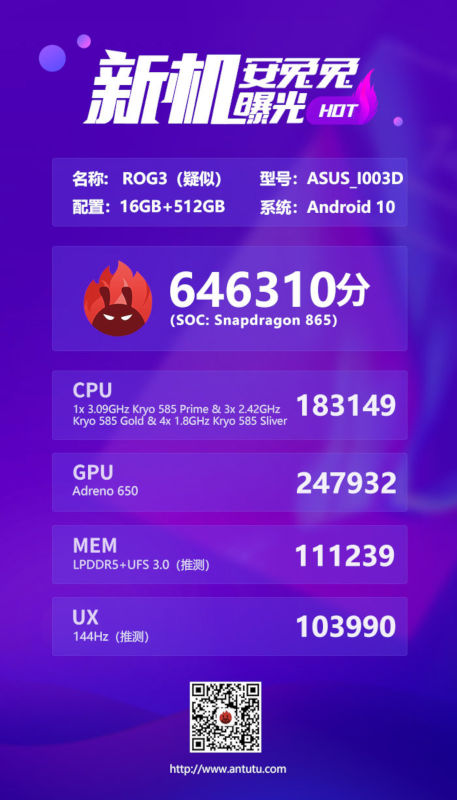 TENNA listing suggests that ROG Phone 3 has 8GB, 12GB and 16GB RAM and 128GB, 256GB, and 512GB storage variants. It lacks a microSD card slot. The phone has a triple camera setup that includes a 64-megapixel main camera. The front camera sensor is 13-megapixel. It will have an in-display fingerprint scanner.

ASUS phone with model code Asus_1003DD was spotted on Geekbench benchmarking website recently. As per the GeekBench listing, the Asus ROG Phone 3 will be powered by a flagship Snapdragon 865 processor coupled with 12GB of RAM. For the software, the Asus ROG Phone 3 will run Android 10 out of the box. On the benchmark site, the phone managed to score 910 in the single-core test and 32293 in the multi-core test.