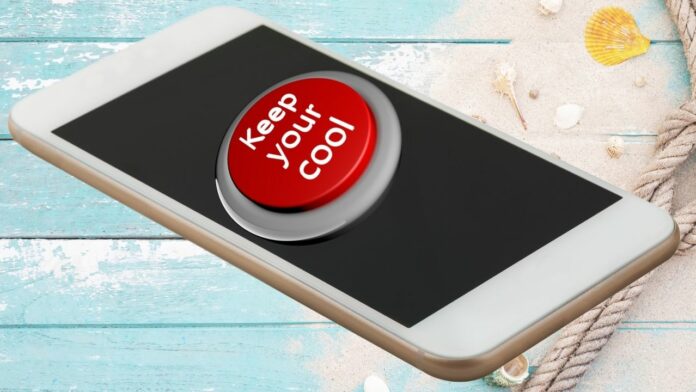 It has been a record-breaking summer in many parts of the country, with the mercury going well above forty degrees in many locations. While the heat has caused a lot of discomfort to human beings, it is every bit as dangerous to the one gadget that so many of us carry – our smartphone. Heat can cause a number of problems to smartphones, ranging from slowing down the phones to stopping them from functioning altogether, which is why “does it heat up” is one of the most asked questions about many smartphones.

A lot of us tend to get concerned if a phone’s temperature gets into the high thirties, so just imagine what could happen to a phone when the temperature in the atmosphere itself is above forty degrees (it went all the way to 47 in Delhi a few days ago)? Fortunately, a few precautions can ensure that your phone survives the heatwave. Here are eight tips to keep in mind for using phones when the temperature is high:

The phone is not the only gadget many of us carry. It is common to see folks carrying notebooks and a smartphone, and some even have tablets and earphones in addition to this.

When the mercury rises, keep your gadgets apart. That is because they all heat up. So do not keep your smartphone in the same compartment of your bag as your notebook or tablet, especially if one of them is switched on.

Do not play games or multitask in the sun

Standing outside and need to kill a few minutes? Resist the temptation to play a game, no matter how casual the game might be.

Gaming in the sun, even if you are playing something as ordinary as Candy Crush Saga can further heat up your phone. Remember, the phone will already be getting warm by simply being outside. Do not add to it. The same applies to running multiple apps when outside.

Keep photography and videography to a minimum

Seen something you want to snap or film? Well, go right ahead, but just remember that using the camera can heat up many phones these days. And that is particularly the case if you are shooting high-resolution video that goes beyond a couple of minutes. And that is the case even on normal days and sometimes even in winter.

So if you are out there and the temperature is high, keep the camera under wraps, or step into the shade and then shoot – you will get a better look at the viewfinder anyway.

Outside? Do not keep your phone in a trouser pocket

This is a relatively small thing that so many of us ignore. On a warm day, our bodies get warm too, and if one’s phone is in a trouser pocket, it will be getting heated not just from the atmosphere but from our natural body heat as well.

So where do you keep your phone when outside? The coolest place you can find – it could be inside a jacket pocket or a bag, but not in your trouser pocket.

The case that protects your smartphone in normal weather conditions can actually stifle it in warm conditions.

Think of yourself – would you wear a jacket on a warm summer day? The same applies to your phone. If it gets too warm, take the phone out of its case and give it some space to breathe.

Phones tend to heat up while charging, so we would advise charging your phone in a cool area, whenever possible. Also if you have a phone that lets you charge at a slower speed, use the slower speed or maybe even go with a relatively slower charger. Superfast charging is not a good idea in warm conditions. We would even advise people not to charge phones from public charging points which are exposed to sunlight. Try to keep your phone on a cool surface when charging it, even off a power bank.

Never leave your phone in your car

Just do not. Cars become ovens in the summer. A phone left inside a car for a long time is very likely to get damaged and stop functioning properly.

Just make sure you have your phone along whenever you step out after having parked your car. And even while driving, try to keep the phone away from the sunlight – keeping it on the dashboard is not recommended.

Not using the phone? Turn it off or put it in aeroplane mode

If you are reasonably sure of not using your phone for a while, then just turn it off. It will be a lot cooler then.

A phone that is switched on carries on a lot of operations ranging from staying connected to networks to constantly checking for emails and messages and other notifications. Putting the phone into aeroplane mode is also an option, but take it from us, switching it off is better. If outside in warm conditions, keep it switched off whenever possible.

In sum: on a hot summer’s day, treat your smartphone like you would treat yourself. Stay in the shade, dress cool and try not to do too much outdoors!