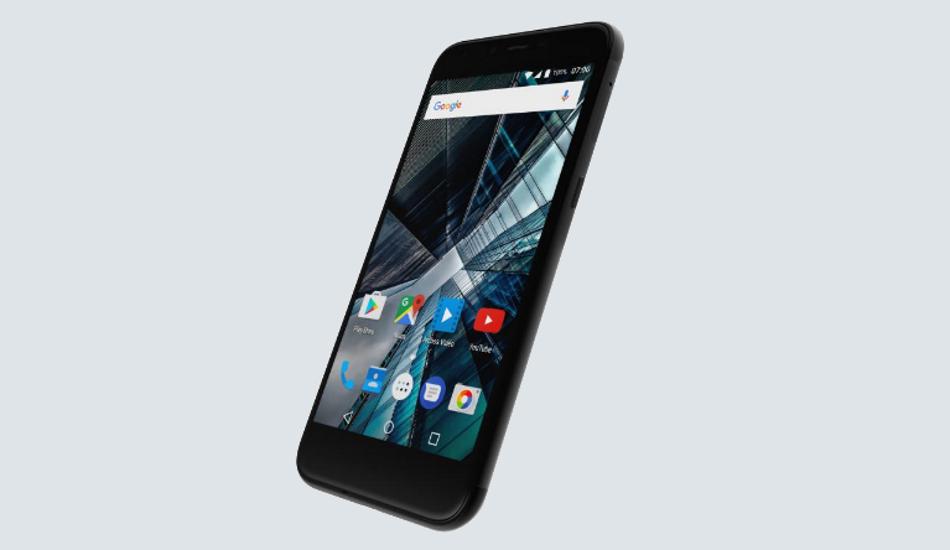 The smartphones will be made available for purchase in the month of June 2017.

French multinational, Archos has announced its two new Android smartphones, the Archos 55 Graphite and 50 Graphite. Both the smartphones are being exhibited at ongoing MWC 2017 and price starts at 130€ (approximately Rs 9,166). The smartphones will be made available for purchase in the month of June 2017.

Both 55 Graphite, 50 Graphite comes with dual camera setup on the rear panel, which comes with a combination of 13-megapixel and 2-megapixel sensors. The camera offers LED flash, ultra-wide angle and shallow depth of field (Bokeh) mode as well. On the front, the smartphones have a 5-megapixel shooter for selfies and video chats. Both of them also houses a ultra-responsive fingerprint scanner which claims to unlocks the smartphone in less than 0.3 seconds, a USB Type-C port, powered by a 1.5GHz quad-core MediaTek MT6737 processor, 16GB of storage and expandable storage of up to 128GB via microSD slot. Moreover, the smartphones run on Android Nougat operating system. Besides, both the smartphone offers Dual SIM, 4G/LTE, GPS, WiFi, and split-screen feature.

The difference between 55 Graphite and 50 Graphite lies in it battery capacity, display size and RAM: Archos 55 Graphite features a 5.5 inch HD 2.5D curved glass display, 2GB of RAM and is backed up by a 3000mAh battery with Doze 2.0, where as the Archos 50 Graphite offers a smaller 5-inch HD 2.5D curved glass display with 1GB of RAM, gets its strength from a 2400 mAh battery with Doze 2.0.