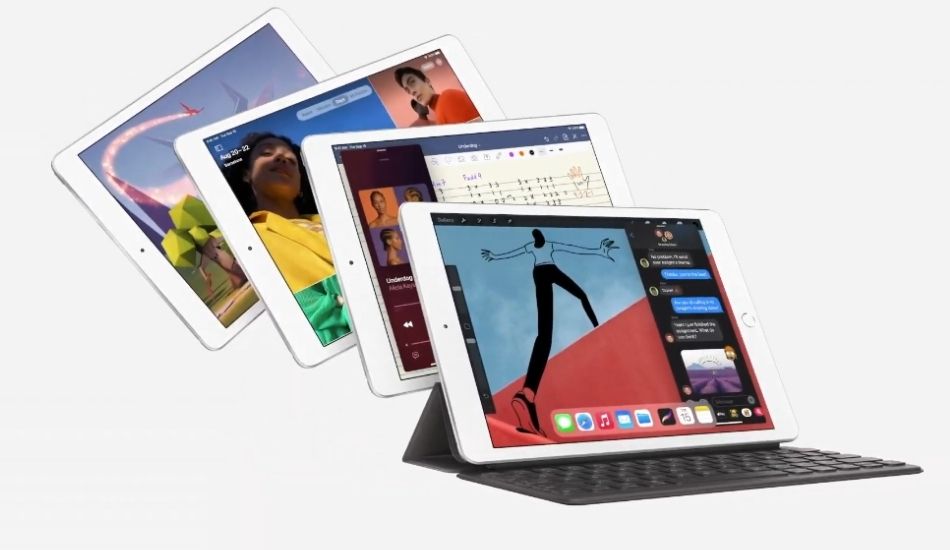 The Time Flies Event that was held today in the Apple Park introduced us to the new products from Apple. Four new products have been launched by the Californian Giant which are the new iPad Air, the 8th Gen iPad, Watch Series 6 and the Watch SE.

The new 8th Gen iPad has a 10.2-inch retina display and is powered by Apple’s A12 Bionic chip which has a 40% faster CPU. It also has Apple Keyboard and Apple Pencil support. The WiFi-only model will cost Rs 29,990 and the WiFi + Cellular model will cost Rs 41,900.

The new Apple Watch Series 6 is powered by Apple’s new 6th Gen Chip based on A13 Bionic and runs on Apple’s new watch OS 7. It has a collection of brand new watch faces that are also integrated with apps. The new watch bands are also revealed which are called ‘Solo Loops’ and are stretchable. The watch now also has a blood oxygen sensor which can measure the oxygen in your blood. The watch is now also available as a part of Apple’s Product Red lineup. The Watch Series 6 will start at Rs 40,990 for GPS variant and Rs 49,990 for GPS + Cellular variant.

The new Apple Watch SE is the affordable smartwatch which had already been leaked ahead of the launch. It runs on Apple’s latest watch OS 7. The new watch is swim-proof, has a better Always-On display and also includes the new Always On Altimeter.

It has new watch faces like the Memoji watch face, has sleep tracking, fall detection, and is also two times faster than Watch Series 3.There is also a built-in compass and the crown on the watch for navigation across the OS is haptic feedback enabled. The new Apple Watch SE (GPS) starts at Rs 29,990, the GPS + Cellular version will cost Rs 33,990.

A bunch of new services were also revealed which include the new Apple One service which will consist of all the services from apple under a single plan. The services include Apple Music, Apple TV+, Apple News +, Apple Fitness +, Apple Arcade and iCloud.

The new Apple Fitness+ subscription will allow you to reach your fitness goals with the help of various fitness videos from Apple’s trainers and it will also have Apple Music integrated. New buyers of Apple Watch will have three months of free Apple Fitness + service.

The new Family Setup feature will help you stay connected to your family with the help of Apple Watch even if the other family member doesn’t have an iPhone.

The new iOS 14, tvOS 14, WatchOS 7 and iPad OS 14 will be available publically starting tomorrow, and the new products will ship with these new versions.