The Apple iOS 7.1 software update is meant for the iPhone, iPod touch and iPad models packing CarPlay, performance improvements and several other tweaks.

The new iOS 7.1 software update brings couple of user interface tweaks such as more rounded corners in several elements throughout the system. For the iPhone 5s, the camera app gets a new setting to automatically enable HDR mode – sounds great for the shutterbugs. 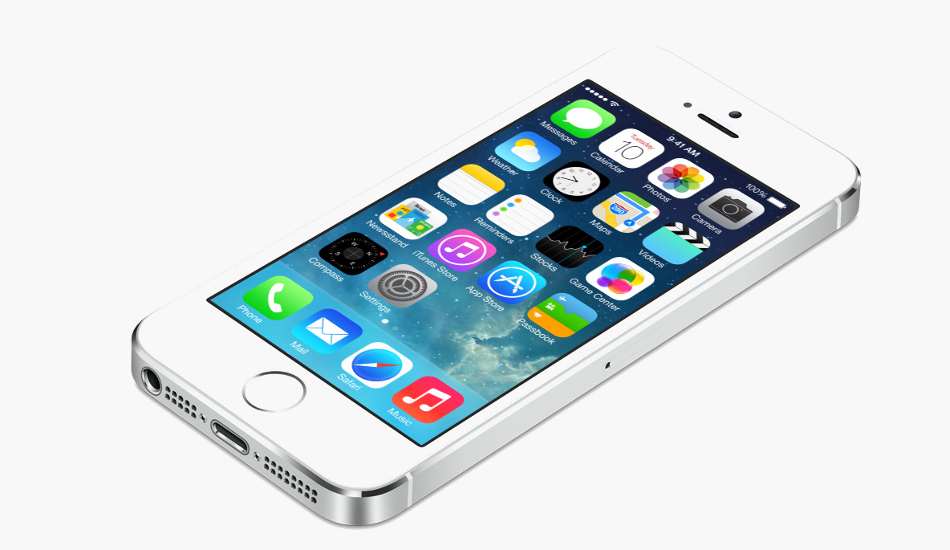 The update also improves the fingerprint recognition code in the iPhone 5s. For those who have more than 10,000 unread mails, the Mail app will now properly display that as the number of unread emails badge. 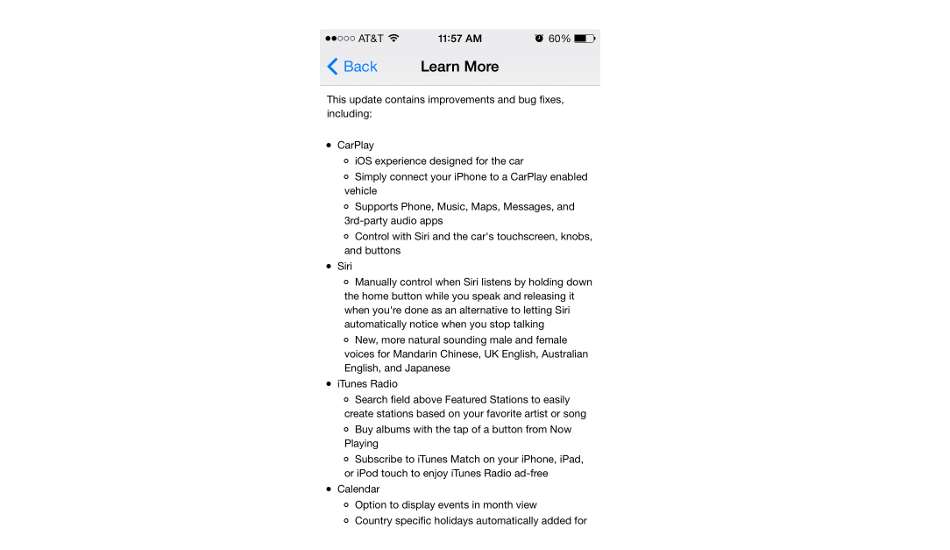 Most importantly, the update brings the newly announed CarPlay feature to iOS devices that allows users to connect the iPhone with the CarPlay enabled cars. After connecting, users can access their messages, music, maps and dialer interface on the Car’s touchscreen. 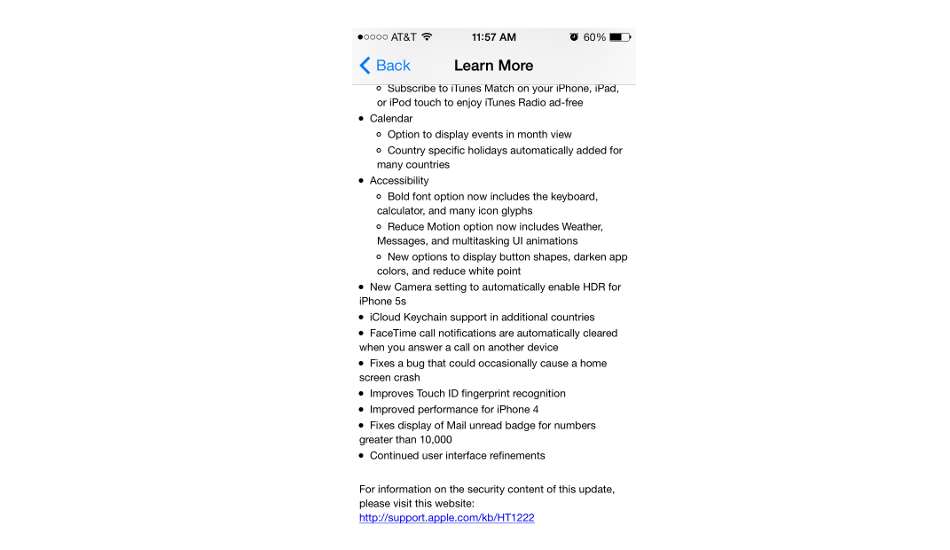 The update also addresses one of the most common complaints about random reboots. Other improvements include tweaks in Accessibility options to provide Bold Font option for keyboards, calculator, and icon glyphs. Reduce Motion option to bar the motion graphics now covers Weather, Messages, and animations for multi-tasking.

The update brings system-wide performance improvements for iPhone 4 as well. The iOS 7.1 software update is recommended to be downloaded over a good WiFi network or connecting the iOS devices with a PC or Mac having iTunes pre-installed on it.