To encourage the Make In India program, Indian Government had announced to increase the import duty on mobile phones from 10 percent to 15 percent, last week. Due to which Apple iPhones are going to get more expensive in the country from December 18.

The company has hiked the price of all iPhone models by an average of 3.5 percent, with iPhone 8 seeing the lowest increase with 3.1 percent and iPhone 6 is highest with 4.3 percent, except for the iPhone SE, as the smartphone is being assembled in India. 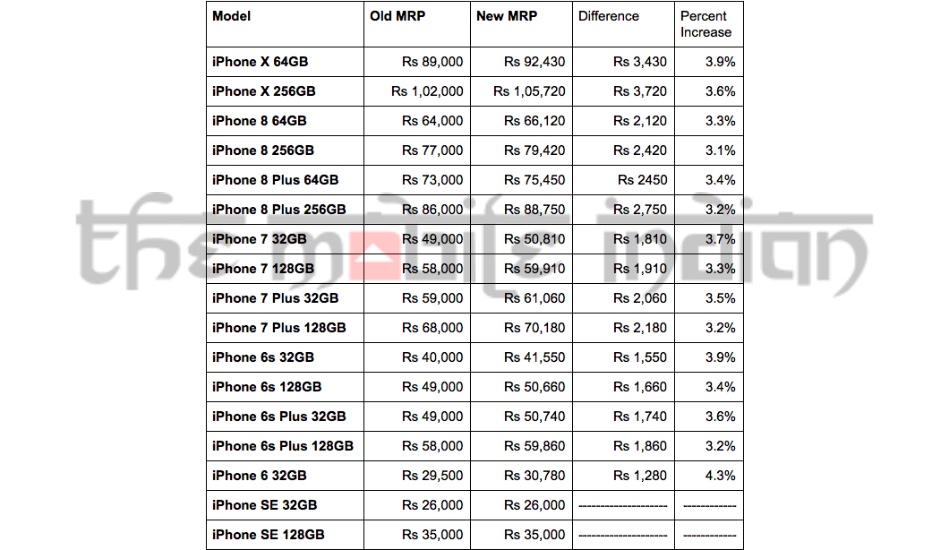 Apple is currently manufacturing the iPhone SE model at its Bengaluru facility, due to which the price of the device is not being increased. Further, the increase in import duty will affect all the brands that import phones to India. While the price of the brands such as Xiaomi, Samsung and Micromax will remain the same as they are assembling the devices in the nation, to support the government’sMake In India program.