In couple of hours from now, Apple is expected to unveil the new iOS 7 software update for the iPhone, iPad, iPod touch and Apple TV.

Apple is set to unveil a new version of its iOS operating system, which is to be called as the iOS 7. According to MacStories, iOS 7 banners have been put up at Apple’s Worldwide Developer Conference (WWDC) 2013 which kicks off today at San Francisco, USA.

Apple is rumored of bidding adieu to the old user interface and will adopt a fresher as well as flatter user interface. So far the details about the expected features in the iOS 7 are very scarce. However, we believe that majority of the operating system will get a facelift. 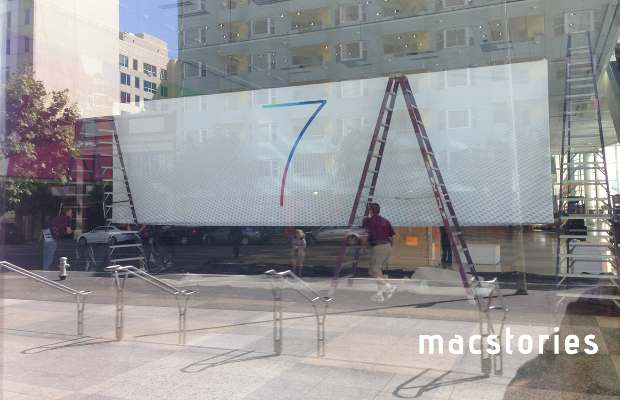 It has been six years since the first iPhone was launched. Along with that the mobile operating system based on the Mac OS X was launched as iPhone OS but it was later renamed to iOS. Though Apple iOS has several features inspired from other operating system, it still boasts of the largest App Store.

Apart from the new iOS 7, Apple is also rumored to show the iPhone 5 successor device with better hardware and features. Stay tuned for more details about the iOS 7 and new iPhone likely to be announced later today.