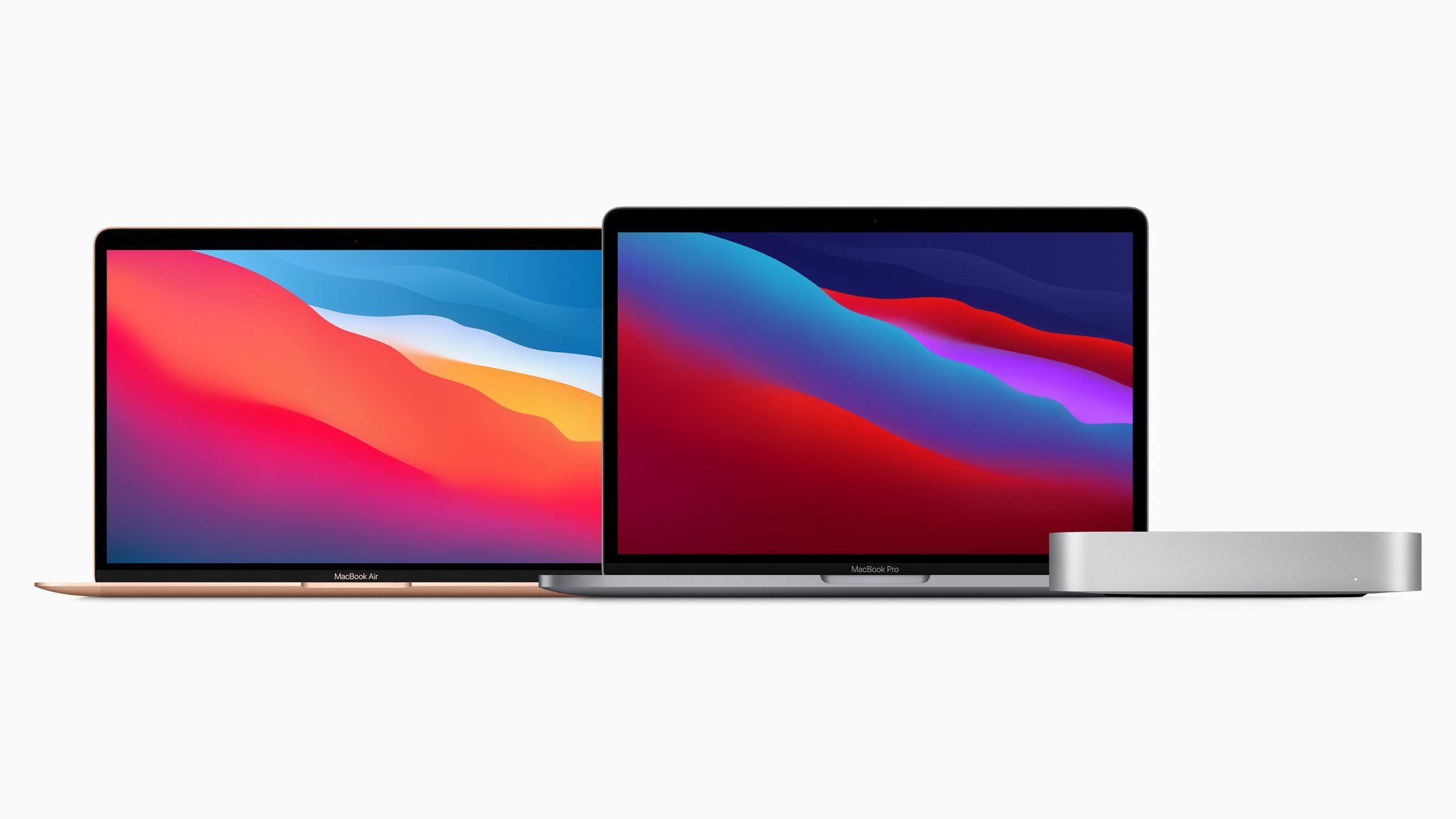 Apple has announced 3 new Macs powered by its latest M1 chip including the MacBook Pro, MacBook Air and a Mac Mini.

Apple has finally introduced its new M1 chip that will power the new MacBooks now onwards. The shift from intel processors marks a significant step in Apple’s history as the Intel chips have been powering the Macs for more than a decade.

Along with the M1 Chip, the company introduced a new MacBook Pro, MacBook Air and a Mac Mini. These will be the first 3 Macs that will be powered by Apple’s latest silicon based M1 Chip.

Apart from the processor, nothing much changes here when it comes to the specifications of the Macs. 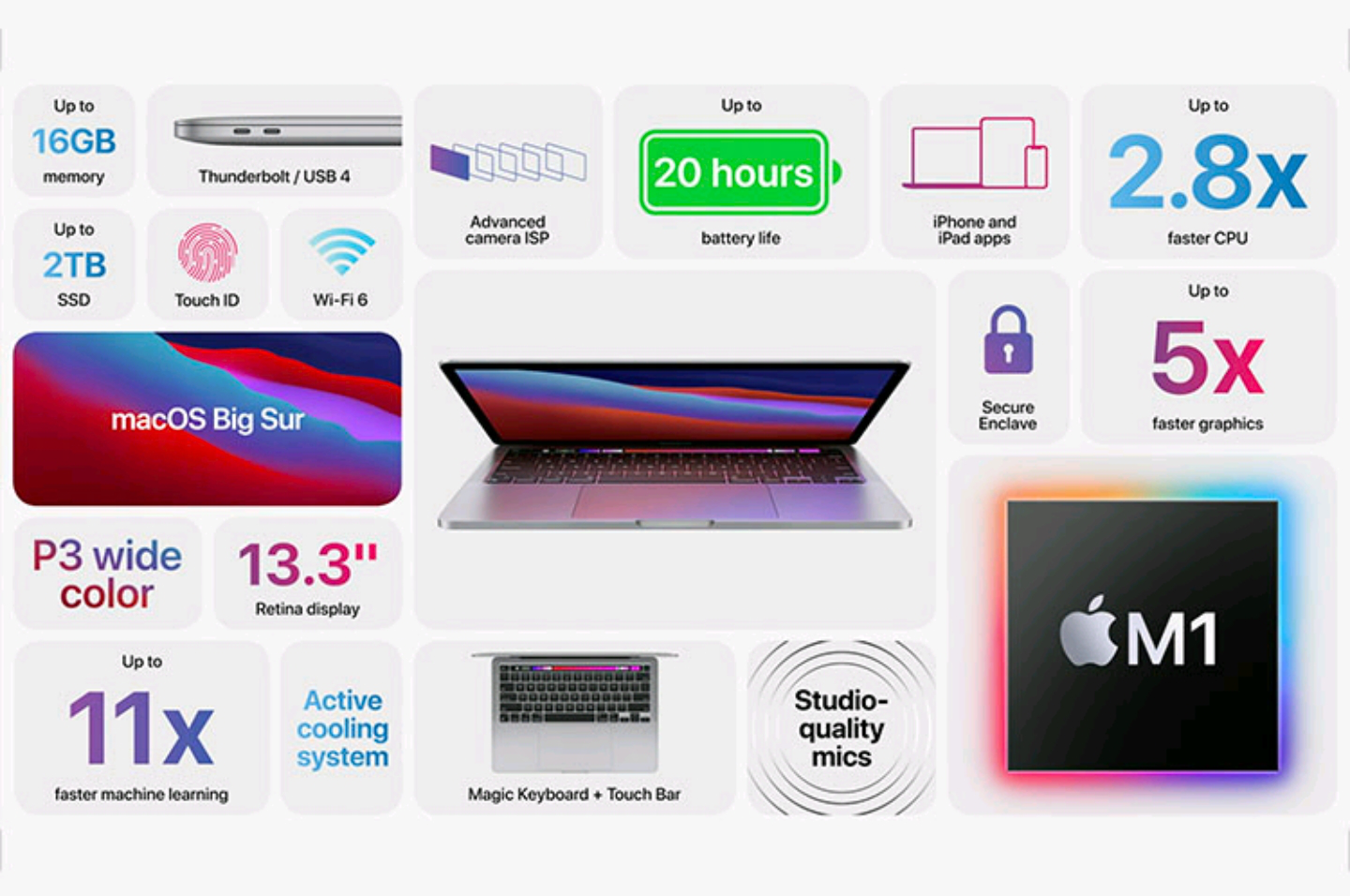 With the M1 chip and Big Sur, the 13-inch MacBook Pro becomes even more powerful. The 8-core CPU, when paired with the MacBook Pro’s active cooling system, is up to 2.8x faster than the previous generation. The 8-core GPU is up to 5x faster, which allows its users to enjoy super smooth graphics performance whether they are designing a graphics-intensive game or a new product.

Machine Learning (ML) is up to 11x faster, and for on-device ML tasks that use the Neural Engine. With up to 17 hours of wireless web browsing and up to 20 hours of video playback, MacBook Pro delivers up to twice the battery life of the previous generation and the longest battery life ever on a Mac.

As per Apple, When compared to the previous generation, the M1-powered 13-inch MacBook Pro can:

Other new features in the new 13-inch MacBook Pro include studio-quality mics for clear recordings and calls, and Apple’s latest camera ISP in the M1 chip enables sharper images and more detail in shadows and highlights on video calls. The new MacBook Pro also comes with the Secure Enclave in M1 and Touch ID. And it features two Thunderbolt ports with USB 4 support to connect to more peripherals. 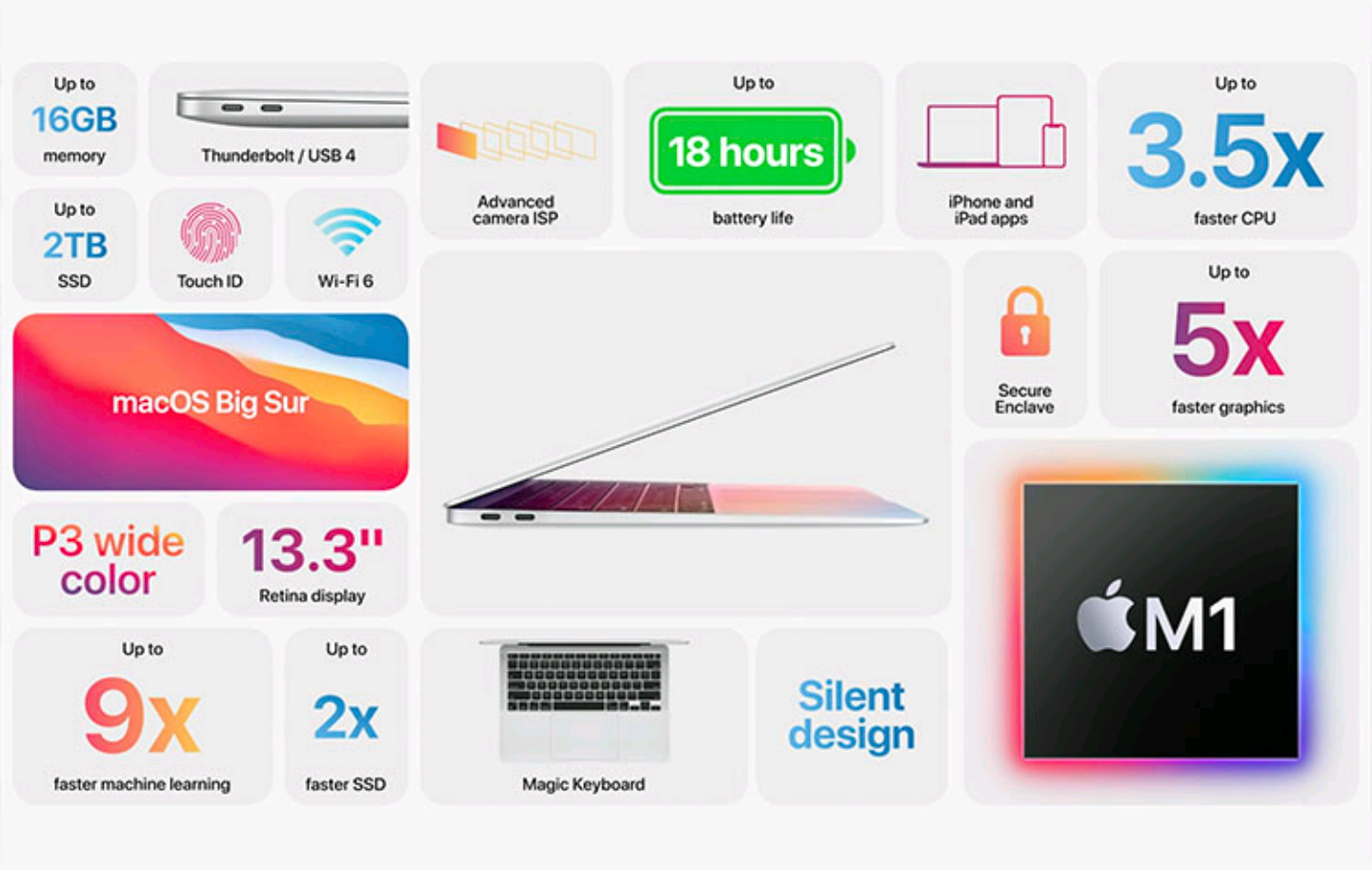 The powerful 8-core CPU performs up to 3.5x faster than the previous generation. With up to an 8-core GPU, graphics are up to 5x faster, the biggest leap ever for MacBook Air according to Apple. ML workloads are up to 9x faster. The M1 chip’s storage controller and latest flash technology deliver up to 2x faster SSD performance.

Apple also says that the new MacBook Air features better battery life than before, with up to 15 hours of wireless web browsing and up to 18 hours of video playback.

When compared to the previous generation, the M1-powered MacBook Air can: 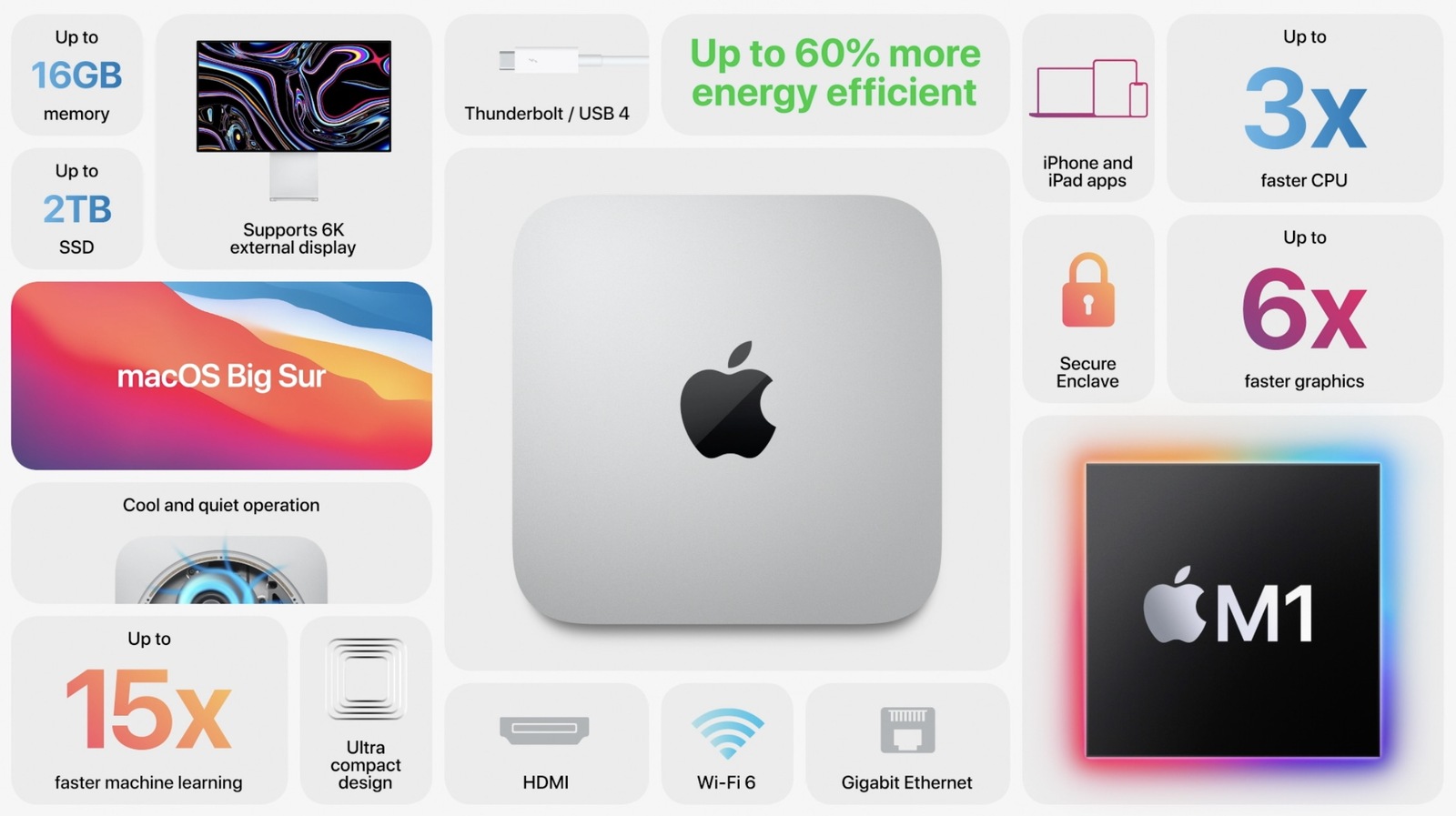 The new M1 powered Mac Mini brings an 8-core CPU with up to 3x faster performance than the previous generation. An 8-core GPU delivers up to a 6x increase in graphics performance.

The Mac Mini support for up to two displays including Apple’s Pro Display XDR in full 6K resolution, and Wi-Fi 6 for faster wireless performance and the Secure Enclave in M1.

When compared to the previous generation, the M1-powered Mac mini can: