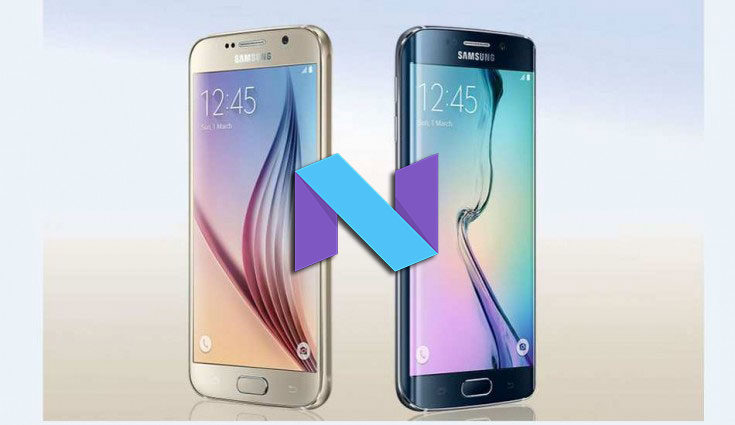 The update was halted before due to some last minute bugs which could possibly hinder the overall experience later.

Earlier this week, Samsung UK confirmed that the Android Nougat update for their 2015 flagship device, the Galaxy S6 and S6 Edge will be delayed further due to some last minute bug discoveries. Thankfully, the update is now rolling out in some parts of the world for both the devices. Considering that the Galaxy S6 and S6 Edge are nearly 2 years old, Android Nougat update might be the last major update hitting these devices.

As of now, the update is hitting the variant with model number SM-G925F which is an international variant for Samsung Galaxy S6 Edge. However, some of the users in Europe has also confirmed their regular galaxy S6 receiving the Android Nougat update. Gazing through the list of firmware available for different countries on Sammobile, we couldn’t find India on the list, however, we expect it to be sooner than later. Further, the update comes with the firmwareG925FXXU5EQBG and if you can’t wait for the update to roll out to your device Over The Air, you can always manually flash the update. However, we would advise you to attempt the manual flash only if you have a working knowledge of it.

The latest update will bring a host of new features including new UX and various performance modes, improved usability of Notification feature and Quick settings button, efficient space for installation of download apps, improved speed of system upgrade and app installation. Other features include split-screen multitasking, better battery life, enhanced notifications and recent applications window. Further, the latest Android OS version will also bring in ‘Double Tap’ on the Recent button to switch between the two most recent apps which come in very handy at times. For extended battery life, Android Nougat will come with ‘Doze on the go’ which will get activated even if your Nougat running device is in your pocket. With the Nougat update, Samsung will also push for its long-awaited payment system known as Samsung Pay.