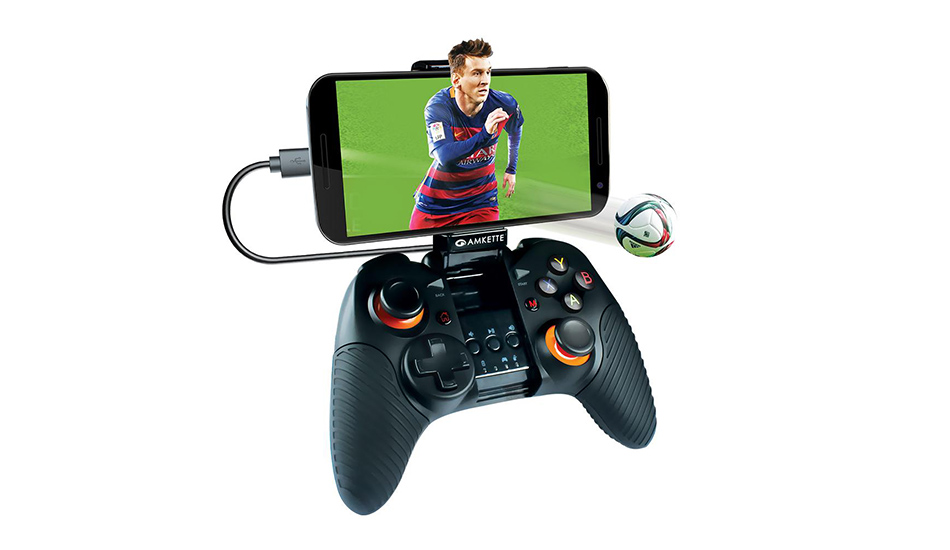 The device is available at all online and retail outlets with a price tag of Rs 2,599.

Electronics manufacturer Amkette has added a new member to its Evo Gamepad series with the launch of Evo Gamepad Pro Wired. The device is available at all online and retail outlets with a price tag of Rs 2,599. The gamepad is also exclusively bundled with Lenovo K6 Note.

Unlike the Evo Gamepad Pro, which was connected to an Android smartphones or tablet via Bluetooth, the Evo Gamepad Pro Wired uses an OTG cable. The gamepad will help convert smartphones into gaming consoles and allows gamers to play their favourite Android games on-the-go. The controller comes with a clamp which can hold up to 6-inch smartphones.

The company claims that it has ergonomically designed body with a comfortable rubber grip to play longer hours without discomfort and sweaty hands. But mind you, the device can only be connected to OTG-supported Android smartphones. It provides ease of access to volume buttons to ensure there is no hindrance during your gameplay.

There is also Evo Gamepad Android app, available on Google Play Store, which has over 450 games of different categories.

Previously, the company has also launched the upgraded version of its popular Evo TV2 streaming device, dubbed as Evo TV 2 4K. The device comes with a price tag of Rs 7499 and will be exclusively available for purchase on Snapdeal, though the company is giving a special introductory price of Rs. 6499 for a limited period on the device.

The Amkette Evo TV2 4K claims to have an easy to use interface and EVO TV App Store that holds curated content, same as we have seen on its predecessor. To detail out, the store has Live News, Sports Matches, Movies, On-demand TV shows, and Games which the company claims are updated frequently. Further, we also get YouTube on-board with YouTube casting feature as well. To cast your content, simply open the YouTube app on any of your devices (Android, iPhone, iPad, or even your PC) and click the cast button.

On the specification front, the device runs on optimised Android 6.0.1 Marshmallow is powered by a Quad-Core processor coupled with Mali 450 GPU. The device is backed by 1GB of RAM and 8GB of internal storage which can be further expanded up to 128GB via microSD card slot. Adding to this, for connectivity, the device support Bluetooth v4.0, 4 USB ports, Wi-Fi 802.11 b/g/n, Ethernet port and HDMI port.