You can now directly purchase any title on your Prime videos app on your IOS/Apple TV device.

Amazon in partnership with Apple has silently enabled a feature on its IOS app that enables users to purchase or rent movies and Tv shows directly from the app. The Prime videos app on the Apple ecosystem did not allow this previously. Apple will also be refraining from collecting the 30% “tax” on transactions that are billed directly to Amazon. Customers can make their payment via the payment method saved on their Amazon account without going through Apple’s payment method.

The prices for of titles listed in the Prime Video apps for the Apple devices are the same as they are through Amazon’s website. In a statement to Variety, Apple said it has an established program for premium subscription video entertainment providers — including Amazon Prime Video — to offer “a variety of customer benefits,” including integration with the Apple TV app, AirPlay 2 and Siri support and (where applicable) single or zero sign-on features. 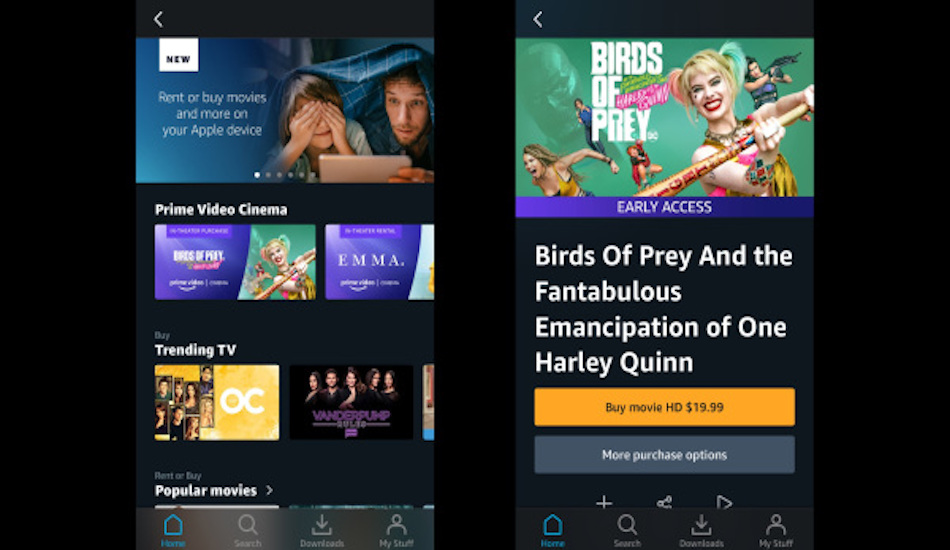 According to Apple, “On qualifying premium video entertainment apps such as Prime Video, Altice One and Canal+, customers have the option to buy or rent movies and TV shows using the payment method tied to their existing video subscription.”

You can simply buy or rent any title by just tapping on the title and selecting if you want to rent it or buy it ( you can also see the resolution). The payment will be initiated via the payment method that is saved on your amazon account.

Twitter now allows to schdeule tweets, save as draft and more

Mitron app is a repackeged verison of Pakistan TicTic: Report