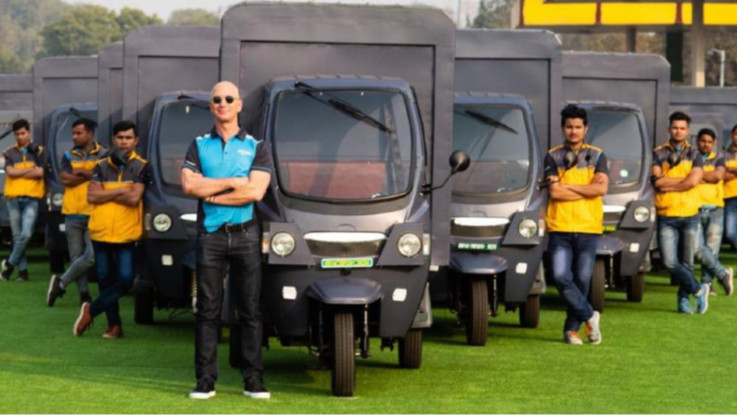 Amazon has today announced the launch of its electric delivery fleet in India. The company has revealed that it will add 10,000 electric vehicles (EVs) by 2025.

With this, Amazon India aims to reduce carbon emissions. The company has revealed that 10,000 electric vehicles will include 3-wheeler and 4-wheelers and it will be designed and manufactured in India. Furthermore, in 2020, the vehicles will operate in over 20 cities including Delhi NCR, Bangalore, Hyderabad, Ahmedabad, Pune, Nagpur and Coimbatore among others. The brand has further revealed that it will work with several Indian OEMs to build the electric vehicles.

“At Amazon India, we are committed to building a supply chain that will minimize the environmental impact of our operations. The expansion of our Electric Vehicle fleet to 10,000 vehicles by 2025 is an integral milestone in our journey to become an energy-efficient leader in the industry. We will continue to invest in the electrification of our delivery fleet, thereby reducing our dependence on non-renewable resources,” said Akhil Saxena, Vice President, Customer Fulfillment – APAC & Emerging Markets, Amazon.

Previously, the company announced the launch of its latest member in its Echo series with Echo Auto. The device comes with a price tag of Rs 4,999. The latest Echo Auto is an easy way to bring Alexa to one’s car. The Echo Auto can be plugged into the car’s 12V charging socket or via USB port. The device can be connected to the car stereo system via 3.5mm auxiliary cable or Bluetooth. Users then need to connect it through Alexa app from the smartphone and once the connection is established, it uses the existing data plan to stream music, make calls or send message to contacts and more.