Amazon and Flipkart both have announced that their annual sales have been preponed. Amazon Great Indian Festival and Big Billion Days 2021 will begin on the same date. 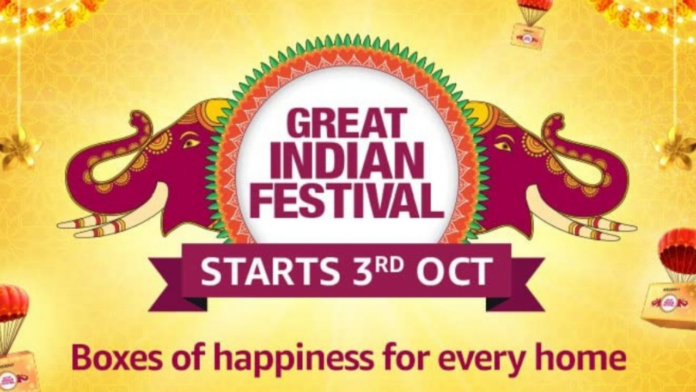 Amazon’s recent announcement revealed that its Great Indian Festival sale will begin from October 4. But now, Flipkart Big Billion Days 2021 has been preponed to start one day before Amazon’s shopping festival.

Flipkart said last week that it is Big Billion Days 2021 will begin October 7 following which, Amazon revealed the sale for GIF to be 4th October. Flipkart announced a day ago that its sale would go live on October 3, and it was followed by an announcement from Amazon hours later that their sale would begin on the same date as well.

Amazon said in a statement, “Our top priority remains customer trust and the interest of our sellers, especially the lakhs of small sellers and the tens of thousands of local shop owners across India”.

“We continue to innovate for our partners, small businesses and customers, as they gear up for the upcoming festive season. The Amazon Great Indian Festival will now start on October 3, 2021. As always, Prime members will have early access”, it added.

Both the e-commerce sites are in a race to help consumers get the most of out their respective sales. As a result, a bunch of launches from smartphone companies are slated to go live during the BBD sale. These include companies like Oppo, Poco, Motorola, Realme, Samsung, and Vivo.

Great Indian Festival (GIF) 2021 by Amazon will also showcase products from Amazon sellers under various other programs. These include Amazon Launchpad, Amazon Saheli, Amazon Karigar, and top Indian and global brands across categories.

The Great Indian Festival would include 1,000+ new product launches from top brands. In addition, customers can look forward to a wide range of affordable options with Amazon Pay ICICI Bank credit card.