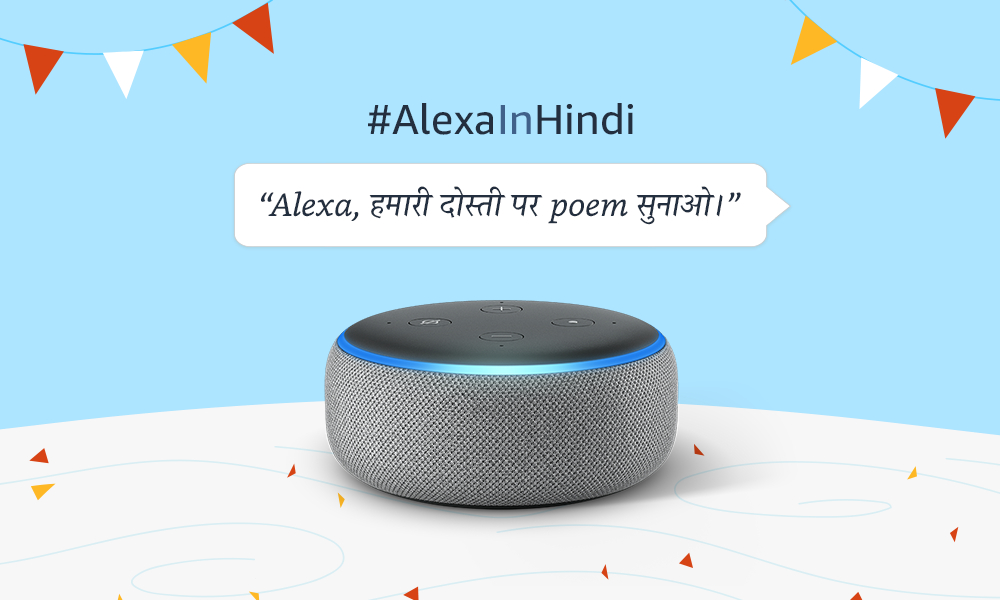 Amazon has also added 6 new Alexa original songs and poems, along with 20 new stories in Hindi.

Alexa in Hindi is now available to millions of smartphone users in India. Starting now, customers can interact with Alexa in Hindi on their Android or iOS smartphones using the Alexa app.

Hindi language support was first added to Amazon Echo devices in September last year. Now, the Alexa app on Android and iOS devices has also received Hindi support. To use Hindi on the Alexa App – Open the Alexa app, visit settings >> Alexa on this phone >> and select ‘हिंदी’ from available languages. This announcement comes on the first anniversary of Alexa’s Hindi support in India.

Amazon Alexa is the brain that powers Amazon Echo devices. Amazon has added over 60 new features since launching Hindi support to Alexa in the past year. To commemorate this first anniversary of Hindi support on Alexa, customers in India can ask, “Alexa, hamari dosti par poem sunao”.

Commenting on the announcement, Puneesh Kumar, Country Leader for Alexa, Amazon India said “India’s unique cultural and linguistic diversity has always inspired us to make Alexa more local and relevant for users in the country. Introducing Hindi made Alexa accessible to hundreds of millions of native Hindi speakers. We have made several improvements in Natural Language Understanding. For example, Alexa was not able to understand words like ‘dhai’ & ‘tham jaa’ in the beginning, but now she does. Similarly, we will continue to make Alexa interactions in Hindi even more seamless and conversational.”