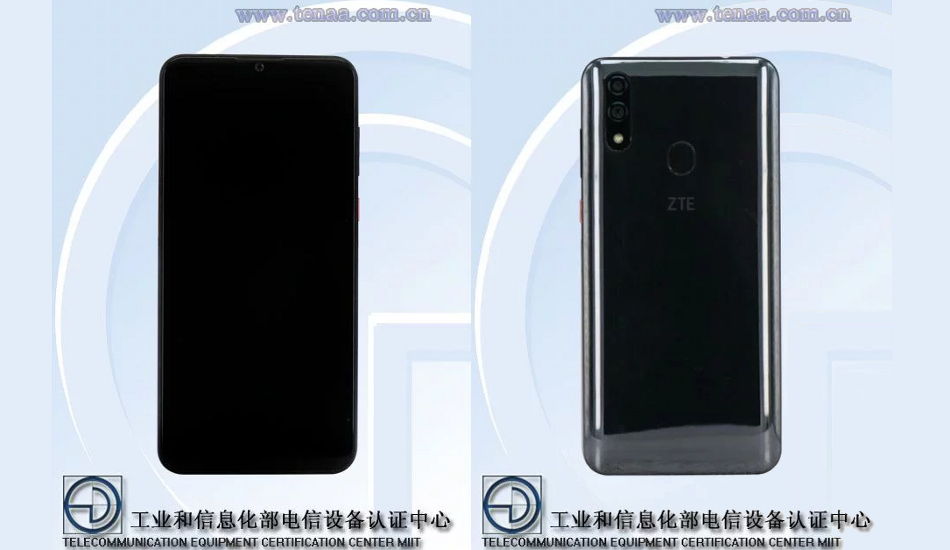 ZTE V1000 is likely to be the Blade V10 smartphone which can go official at Mobile World Congress (MWC) 2019 in the coming month.

It seems like ZTE is working on a new smartphone as an unannounced ZTE V1000 has been spotted on TENAA certification website. The listing not only has images of the phone but it also carries the major specifications of the device as well.

As per reports, ZTE V1000 is likely to be the Blade V10 smartphone which can go official at Mobile World Congress (MWC) 2019 in the coming month. ZTE launched Blade V9, V9 Vita and Temp Go smartphones at the MWC 2018.

As per the listing, ZTE Blade V10 features a 6.3-inch display that has a full HD+ display with 2280 x 1080 pixel resolution. It is powered by a 2.1 GHz octa-core processor which is coupled with 4GB/6GB RAM. It offers 64GB/128GB of internal storage. For the camera, the listing shows dual rear camera of a 16-megapixel and 5-megapixel sensors. For front-facing camera, the phone has an 8-megapixel sensor. There’s a rear-mounted fingerprint sensor as well.

The phone runs on Android 9 Pie operating system and is fueled by 3100 mAh battery. Connectivity options for the smartphone include 4G VoLTE, Bluetooth, WiFi, GPS/A-GPS and a micro USB port. The dimensions of the phone are 158 x 75.8 x 7.5 mm, and it weighs 154 grams. The device is listed in Black colour. The phone has Gravity sensor, distance sensor and a light sensor as per the listing.

There is no information about the pricing and availability of the device as yet, however, given the fact that it has been spotted TENAA, we expect to see some new leaks revealing the pricing as well. So we request you to stay updated on our website for the same.