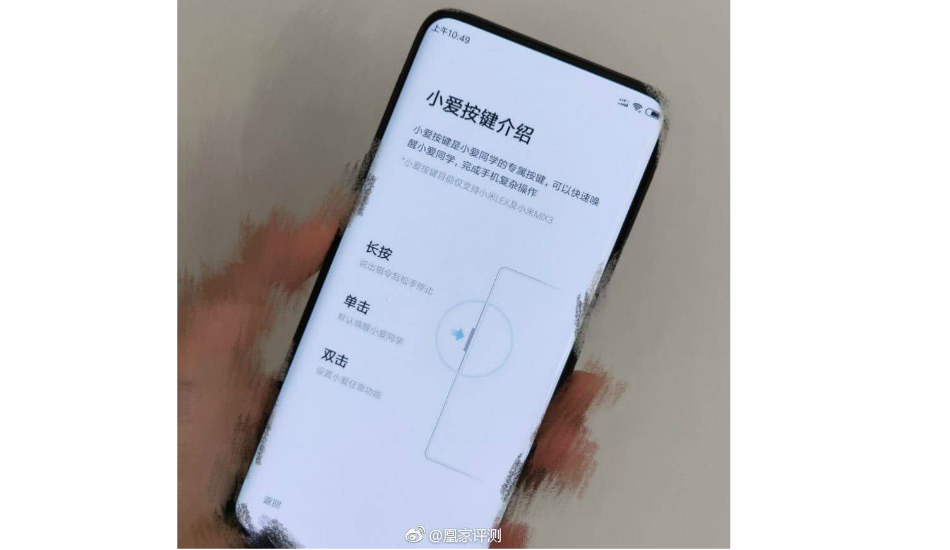 We would expect Xiaomi Mi Mix 4 smartphone to be made official soon. This could be the second Mi Mix smartphone that will have 5G support, after Mi Mix 3 5G smartphone.

Last month, a new Xiaomi phone with model number M1908F1XE was surfaced on TENAA website. Now the same phone has got the necessary 3C certification in China. The MDY-10-EX charger has also been approved along with the handset. The listing also reveals that the smartphone will support 45W fast charging and 5G connectivity.

As per reports, the Xiaomi 5G phone with model number ‘M1908F1XE’ could be launched as Xiaomi Mi Mix 4 in China soon. Earlier, Xiaomi CEO Lie Jun revealed that the company will launch a 5G smartphone in the second half of 2019. So we would expect this smartphone to be made official soon. This could be the second Mi Mix smartphone that will have 5G support, after Mi Mix 3 5G smartphone.

As per leaks and rumours, the upcoming Xiaomi 5G smartphone could come armed with Snapdragon 855 Plus Soc, as the older Mi Mix 3 5G has Snapdragon 855 Soc under its hood. Further, the smartphone is expected to have a triple rear camera setup along with a single selfie sensor and it will have a high screen-to-body ratio. Moreover, it said to support 16GB RAM and UFS 3.1 storage. The phone is expected to come with a QHD+ AMOLED display, HDR10+ support, 60Hz+ refresh rate, an in-display fingerprint scanner. There could be a 64MP primary camera with a periscope secondary lens. It could come with IP68 certification for water and dust resistance.