An unannounced Samsung smartphone which goes by the model number ‘SM-J400’ has been spotted on a GeekBench benchmarking website. The listing has spilt some beans on the expected specifications of the upcoming smartphone. As per reports, the smartphone is expected to be the upcoming Samsung Galaxy J4. 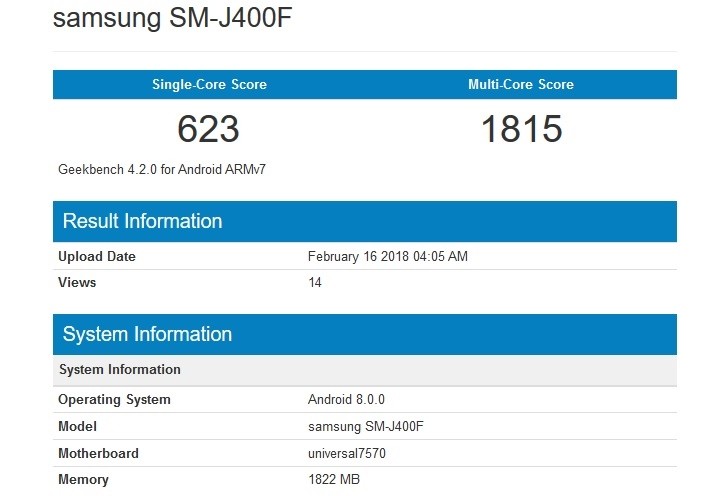