The mid-ranger is said to be the successor of HTC One X9, which was introduced last year.

As we reported earlier, HTC was planning to launch a new mid-ranger smartphone by March this year, which is likely to be named HTC One X10. Although, we have seen many renders of the smartphone earlier, but if latest leaks are believed, we have a render that might be the live image of the upcoming device.The mid-ranger is said to be the successor of HTC One X9, which was introduced last year.

The leaked image shows the phone from the front and back and appears to be wrapped in the original screen protector. There are physical home, recent and back buttons at the base while at the top there is a front-facing camera coupled with an earpiece. On the right, there is a power on/off button and volume rocker. Interestingly, the smartphone is somewhat similar to what we have seen in previous renders. 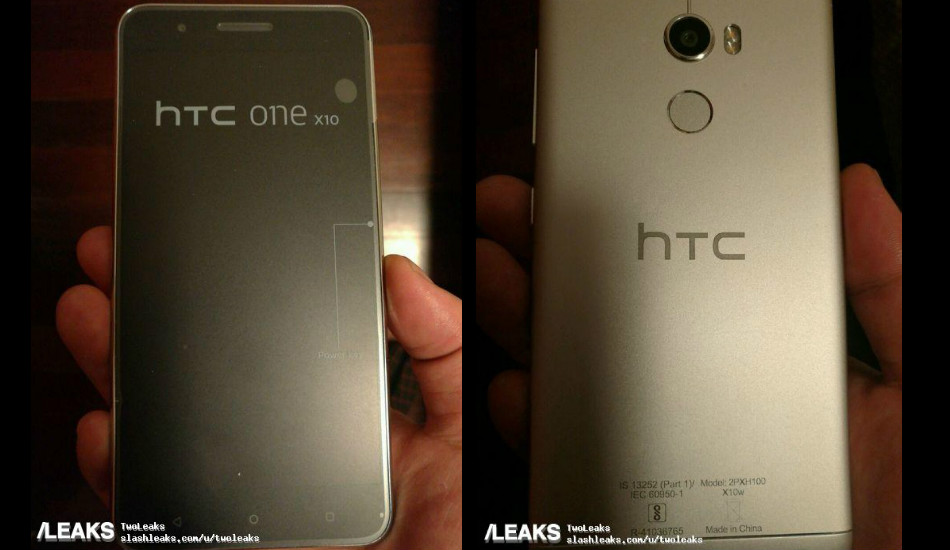 At the back one can see that there is a primary camera coupled with dual LED flash and the fingerprint sensor which sits right beneath the camera module. The smartphone is reported to come with a price tag of 1680 Yuan (approx. Rs 16,397) or 1200 Yuan (approx. Rs 11,712) based on different variants.

The device will sport a 5.5-inch full HD display and will be powered by an octa-core MediaTek MT6755, popularly known Helio P10, clocked at 1.9GHz CPU along with Mali T860GPU. It is worth noting that its predecessor comes with a better Helio X10 processor clocked at a higher 2.2GHz. So it is safe to say that the device will be a ‘refresh’ version rather being an upgraded one.