Idol series smartphones will be priced above Rs 10,000 while the One Touch Hero will be sold in India for Rs 30,000.

Alcatel, a joint venture between Alcatel-Lucent of France and TCL Communication of China, has announced the launch of One Touch Hero and Idol series smartphones for the Indian market. Note that many Alcatel devices were made available via Flipkart as well including the One Touch Hero which though now is not available.

The One Touch Hero will be sold in India for Rs 30,000 but the company has not revealed much about the Idol series handsets. Media reports though said that the Idol series smartphones will be priced above Rs 10,000. 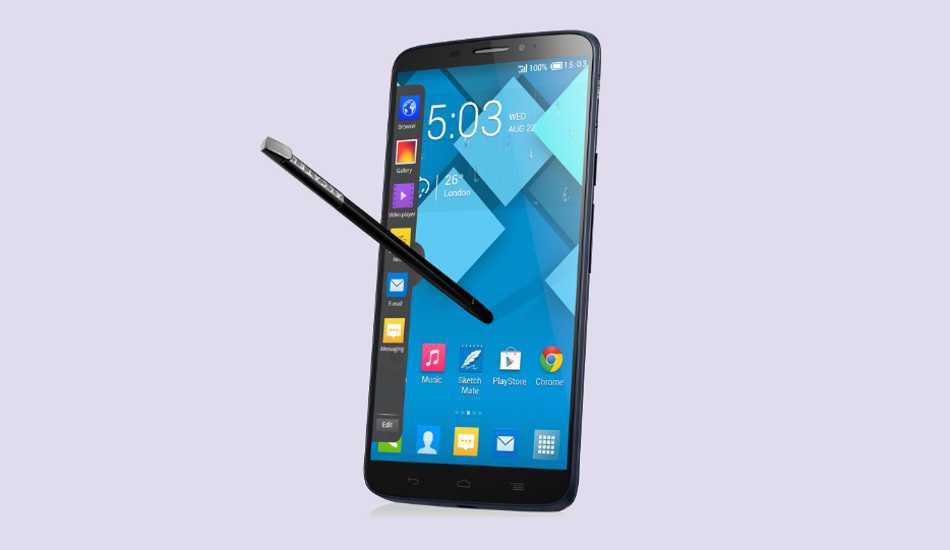 The Alcatel One Touch Hero comes with a 6 inch display with full HD resolution and Oleophobic coating. This Android 4.2 Jelly Bean operating system based smartphone has the 1.5 GHz Mediatek MT6589+ quad core processor and 2 GB RAM. This handset is said to have 16 GB internal storage but the listing on Flipkart says only 8 GB of internal memory. There is an expandable storage slot in the One Touch Hero as well that can accommodate a micro SD card of up to 32 GB.

Besides, the Alcatel One Touch Hero has 13 megapixel auto focus rear camera, which is said to be capable of recording full HD videos. There is a 2 megapixel front camera in the phone. This phone has a huge 3400 mAh battery which said to offer 18 hours of 3G talktime. This single SIM device has 3G connectivity, WiFi, Bluetooth, DLNA, FM and GPS as well.

Alcatel has not revealed much about the Idol series but few reports indicated that the series will mostly have handsets priced above Rs 10,000 including the Idol X, One Touch Idol S and One Touch Idol mini. A handset, called Alcatel Idol X+ is already available in Flipkart for Rs 16,999. It offers a 5 inch full HD display with Gorilla Glass 2 protection, 2 GHz Mediatek True octa core processor, 16 GB internal memory, 13 megapixel rear camera with video stabilisation feature and 2 megapixel front camera. It comes with Android Jelly Bean operating system but the company has promised to release the Android KitKat version in this month or next.