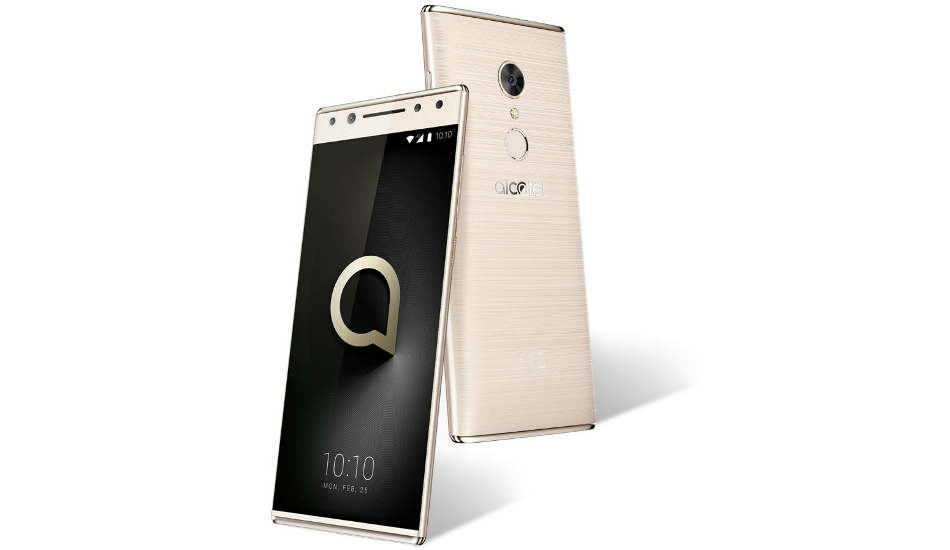 Alcatel has refreshed its smartphone lineup with the latest hardware. The company has already announced Alcatel 3C and two new smartphones, Alcatel 5 and Alcatel 3V, surfaced on Amazon France website. Now, full specifications and price of the flagship Alcatel 5 have emerged online.

According to a report by WinFuture, the smartphone will come with a price tag of EUR 229.99 (approx. Rs17,967), which is in line with Amazon France listing. The smartphone available in metallic black and gold colour options. Starting with the design, Alcatel has adopted a bezel-less display with this one. The smartphone comes loaded with metal unibody and you get a brushed metal finish on the back.

Talking about sheer specifications, Alcatel 5 will feature a 5.7-inch HD+ FullView IPS display with a screen resolution of 1440 x 720 pixels and an aspect ratio of 18:9. The smartphone is powered by an octa-core MediaTek MT6750 processor along with 3GB of RAM and 32GB of internal storage. The memory can be further expanded up to 128GB via micro SD card slot.

The smartphone will feature a fingerprint sensor at the rear panel. The Alcatel 5 will be backed by a 3000mAh battery with fast charging support and it will run on the latest Android 8.0 Oreo. On the connectivity front, it supports 4G VoLTE, WiFi 802.11ac, Bluetooth, USB Type-C port, dual-SIM and GPS. Alcatel is reported to launch the latest smartphone at the upcoming Mobile World Congress (MWC) 2018, which will be held in Barcelona.