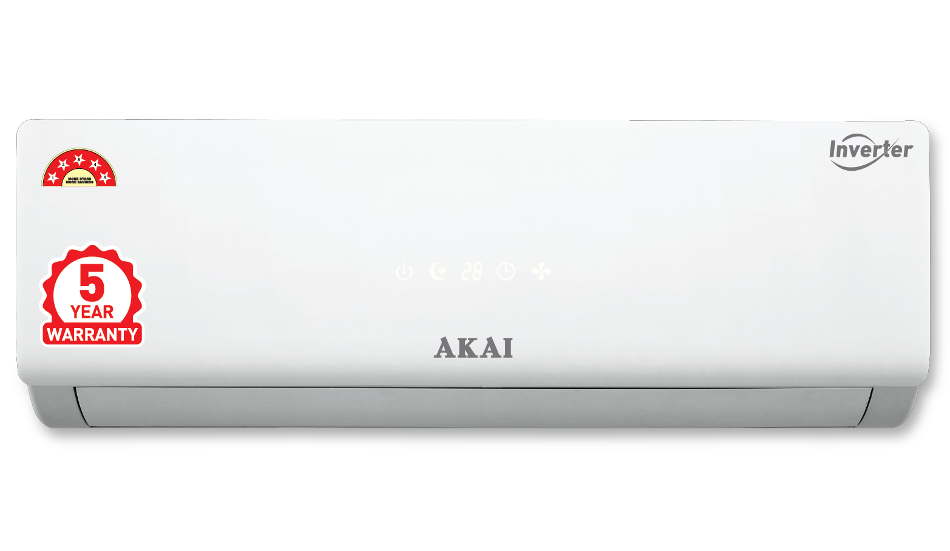 The Akai ACs will be available in all partner stores across India.

Akai India has today announced the launch of three new models of Inverter Air-conditioners. The new models are AKSI – 123ERT, AKSI – 183ERT and AKSI – 185ERT which will be available in 1 ton (3 Star) & 1.5 ton (3 start and 5 star). The ACs are priced between Rs 39,990 and Rs 63,990. The company has also introduced series of split ACs in 1 Ton, 1.5 Ton & 2 Ton which all are energy efficient along with features such as Gold Fin, 100% Copper, Green Gas. All these conform to the new govt guidelines on energy efficiency.

With the state-of-the-art Japanese technology at its core, AKAI ACs have been designed to offer maximum cooling even in extreme conditions. The ACs will be available with healthy filter feature- Catechin which helps remove harmful bacteria in the air and active carbon that deodorizes air, absorbs smoke and purifies the air of chemical impurities. They are also equipped with next generation inverter technology compressor that ensures greater durability even at high temperature and overload conditions. All ACs are coming with environment friendly Green gas.

Commenting about the launch, Anurag Sharma, Director, AKAI India said, “With summer arriving early this year, AC sales are expected to see a rise by 20 % as compared to last year. Considering the rising temperature in the country, Akai ACs have been manufactured in a way that will enable it to keep performing even during overload conditions. We foresee an extensive penetration basis our tie-ups with over 1200 retailers in more than 200 cities and expect to sell much more than what we sold last year. With this launch, we foresee to expand our offering further in the Indian market and provide seamless experience of the entire product range.”

The ACs will be available in all partner stores across India. Recently Akai has tied-up with Modern retailers like Kohinoor, Bajaj electronics, Girias, Sanket to name a few which has exceedingly strengthened its position across metros & bigger cities in the west & south India. With this move, Akai foresees to strengthen its AC portfolio across markets along with its strong presence across North, south & west India.