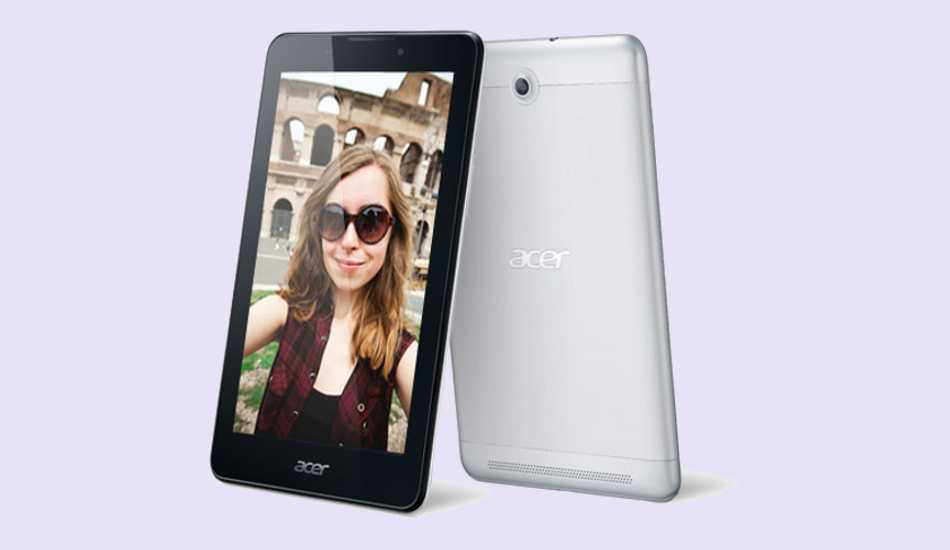 Acer has loaded an age old Android 4.2 Jelly Bean version but promises that the tablet will be upgraded to Android 4.4 KitKat in future. At the rear, the tablet has a 2 megapixel camera while there is a 0.3 megapixel VGA camera in its front. The 3G network SIM slot also enabled voice calling on the same module. For faster downloads and mobile internet, the tablet offers WiFi support. Other than that it has Bluetooth 4.0 and A-GPS.

Acer has packed 3400 mAh battery inside this tablet. The Iconia A1-713 comes in Silver color option.