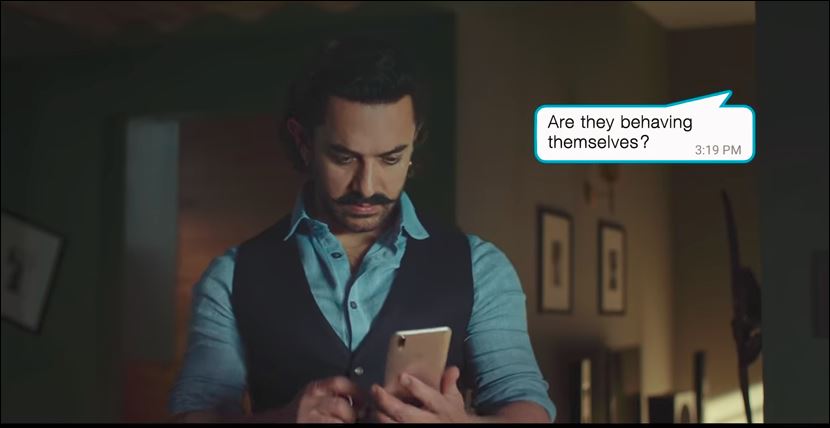 Vivo has called on Bollywood superstar Aamir Khan to showcase the Vivo V9. The good news, you will never forget the 'bokeh' effect now!

With the Vivo V9, coming close to the launch of its biggest sponsorship ever in India, the IPL, Vivo has stepped up the theatrics. Literally. With Aamir Khan fronting for the brand in a TV commercial near you.

The phone, which sports a 16MP +5MP dual camera as its primary camera, makes sure to keep the selfie brigade happy with a formidable 24 MP secondary camera.

However, it is the dual camera at the back which is the hero in the ad with Aamir, showcasing the bokeh effect to good use, in case you were still unfamiliar with it. Sharing screen space with the star are two quarrelling pets, a dog and a cat, making this probably Aamir’s first commercial where he doesn’t need to utter a word.

Vivo though will be hoping that the cash registers ring loud and clear when it comes to sales, as the brand tries to put the disappointments of the past few quarters behind it and ride the IPL to recover its market share and poise again.