A new Motorola smartphone with stylus pen leaked, could be Moto G Stylus 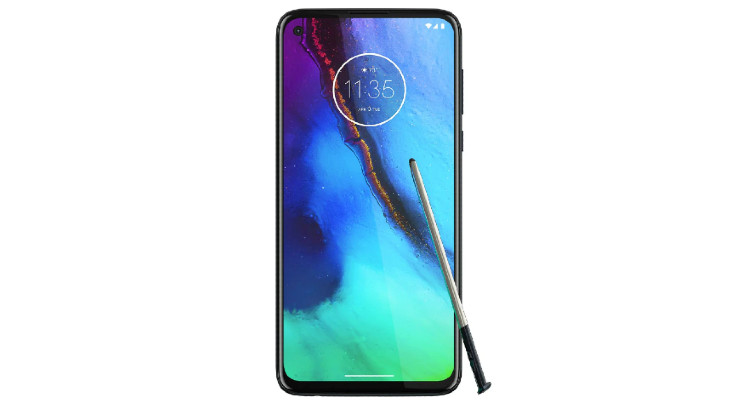 The smartphone is reported to be the alleged Motorola Moto G Stylus.

Motorola is reportedly working on a new smartphone that will come loaded with stylus support. The said smartphone’s render has been leaked online revealing some key details.

The render was posted by known tipster Evan Blass and it reveals the front panel of the upcoming Motorola smartphone. The smartphone is reported to be the alleged Motorola Moto G Stylus. The render shows that the phone will come with a punch-hole design. There is a stylus as well, though it does not comes with a pressure-sensitive tip, which is found in the Galaxy Note series. The render shows that the volume controls and power on/off button are placed on the right side.

With this, there is no information about the upcoming smartphone from Motorola that comes bundled with a stylus. Interestingly, a Moto smartphone with model number XT2043-4 has been listed on Radio Equipment List (REL) on the Government of Canada, which is said to be Moto G Stylus. The phone with a similar model number has been found listed on the US Federal Communications Commission (FCC).

Meanwhile, Blass also hinted that the company is also working on a new smartphone, which will be known as Motorola Edge+. The tipster reveals that the smartphone will come with a punch-hole design and it will be a Verizon-locked smartphone. However, he revealed that above-mentioned smartphone should not be associated with Motorola Edge+.