A new budget-oriented Lenovo smartphone images leaked, expected to be unveiled at MWC 2017

Lenovo seems to be working on its upcoming A series smartphone after a couple of images of an alleged smartphone has been leaked on Weibo, a Chinese Social Media platform. The smartphone is said to be from company’s A-series smartphone and is expected to be unveiled at the upcoming Mobile World Congress 2017.

The images show the device having a three-layer design just like the Lenovo Vibe X2 which was launched in India back in November 2014. It shows the back and side of the handset revealing the camera and speaker on the rear side along with some Lenovo branding. The camera and speaker location on the rear side of the device hints that it might be a budget friendly smartphone. 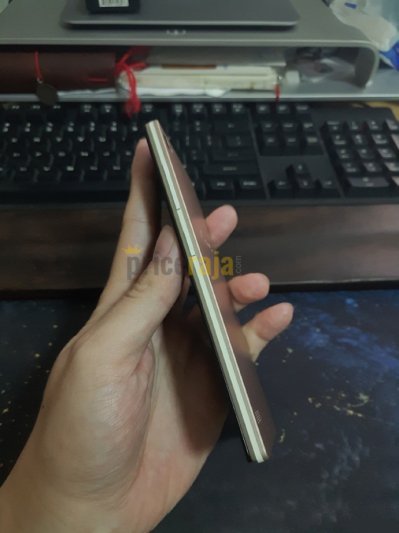 There is also an LED flash on the right side of the camera sensor and the device seemed to feature a polycarbonate body with a metallic finish. The phone appears to be a Gold color variant, however Lenovo could also launch other color options for the device as well.

The images, however, does not list out any specifications of the smartphone. But as per reports, this mysterious Lenovo A smartphone is rumored to feature 5.5 inch full HD display powered by MediaTek octa-core processor. It will reportedly come with 3GB RAM and fueled by a 3,000 battery. While reports claim the price to be under Rs 10,000, we would request you to hold on for the official announcement.

Apart from this, the company is expected to announce Moto G5, Moto G5 Play and Moto G5 Plus along with recently leaked Lenovo Tab3 8 Plus.

We will keep you posted on this new Lenovo smartphone as we expect some more leaks surfacing in coming days. Stay tuned to The Mobile Indian for more updates.