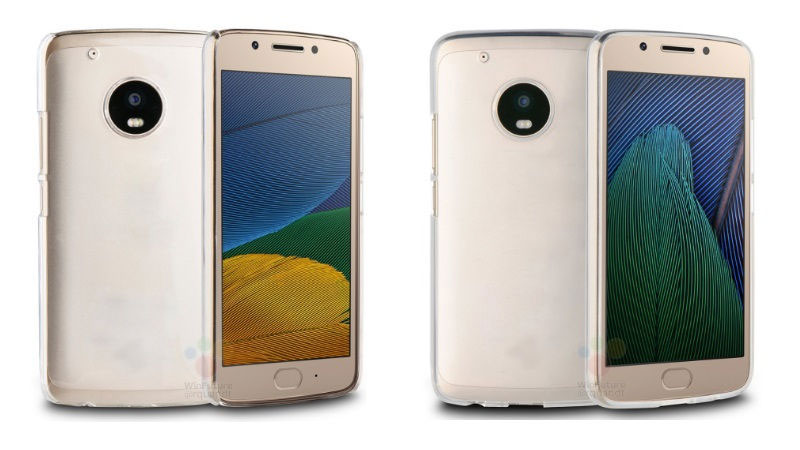 We are already aware that the next generation Moto G5 will take the stage next month on February 26 ahead of the MWC 2017. However, the device is now said to have spotted on FCC (Federal Communications Commission) website which somewhat confirms the official release in near future.

The FCC listing which was first spotted by MotoG3 blog reveals a device boasting a model number 9839. The device which is said to be the Moto G5 will house a 3000 mAh battery and will also come with fast charging (Turbo Charging as seen before in Moto) feature which will provide an output of 14.4W at 9V/1.6A, 12V/1.2A and 5V/1.6A. Another nifty little addition to the Moto G5 will be the inclusion of NFC (Near Field Communication) which is presumably helpful for wireless payments in future. 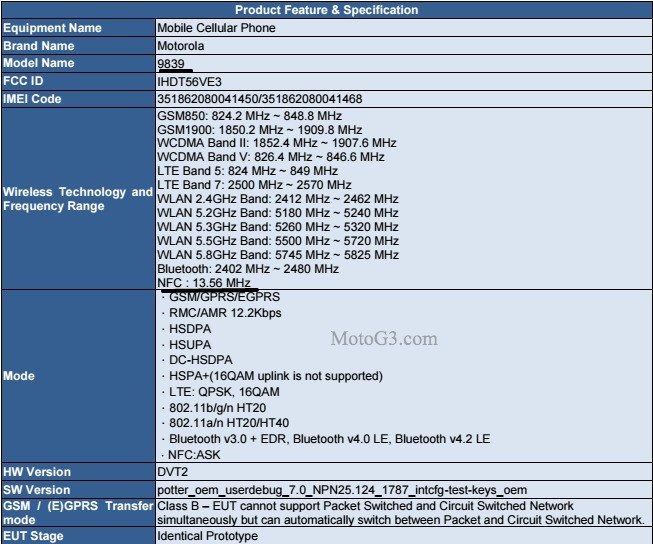 Other specifications include a 5.5-inch full HD display, the new 64-bit Qualcomm Snapdragon 625 processor coupled with 3GB of RAM and 16GB/32GB of internal storage. For the optics, Lenovo is expected to give in a 13-megapixel camera and a 5-megapixel front-facing camera.

On the other hand, the Moto G5 Plus will share a lot of specifications including the same display, Snapdragon 625 chipset etc. However, the Plus variant will boast 4GB of RAM with 32GB/64GB of internal storage options. Apart from that, it is also expected to come with a fingerprint sensor, Android 7.1.1 Nougat, a slightly larger 3080 mAh battery and 12-megapixel primary camera combines with an 8-megapixel front shooter.

Lastly, both the devices will come with a 3.5 mm headphone jack, Wi-Fi and a microUSB port. It’s sad to see companies still opting for a microUSB port instead of the new USB Type-C port.

Meanwhile, some case renders of both Moto G5 and G5 Plus were recently leaked showing off a circular fingerprint scanner at the front while a Moto Z like camera lens at the back. The renders were reportedly leaked by the famous tipster ‘Roland Quandt’ via his Twitter handle.