It seems that Xiaomi is prepping yet another budget smartphone as a new mysterious device from the brand has emerged online. The new smartphone has been found listed on popular benchmarking site, Geekbench, revealing some key specifications.

The Geekbench listing reveals a new smartphone with codename Xiaomi ‘StRaKz’. As per the listing, the latest smartphone will be powered by MSM8953, which is none other Qualcomm Snapdragon 625 processor. This somewhat also hints that the upcoming device could fall under budget segment. 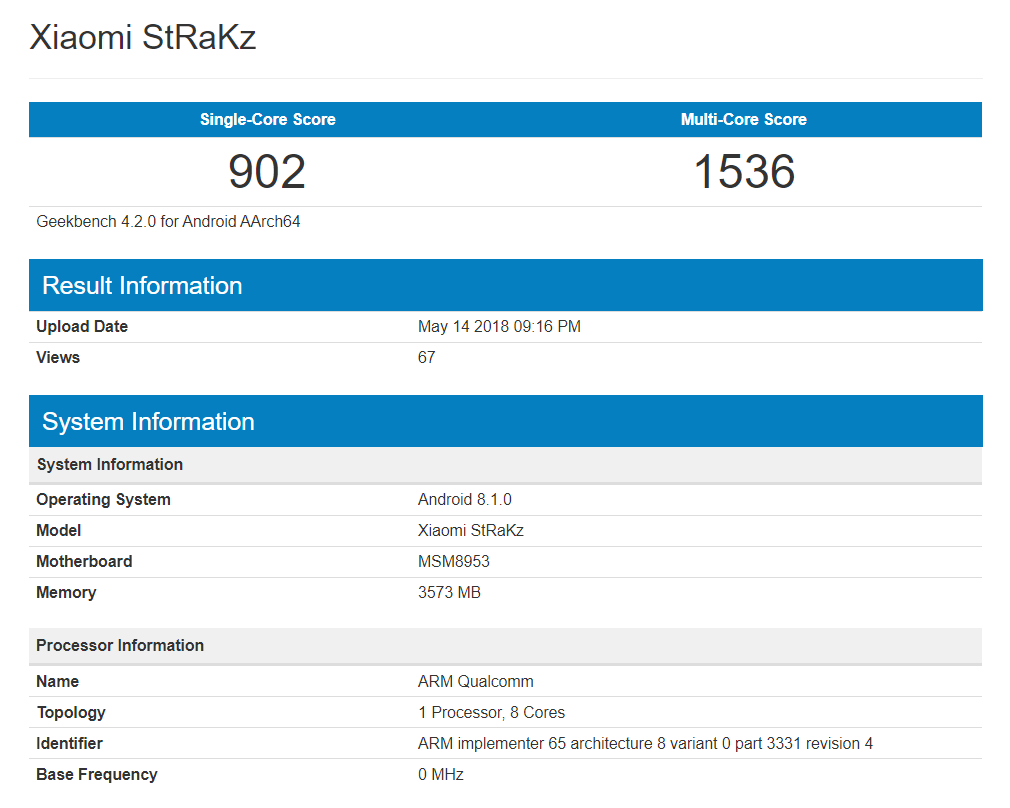 Previously, another mysterious Xiaomi smartphone made its appearance on Geekbench. a popular benchmarking website, Geekbench. The smartphone comes with the model name ‘Xiaomi Cactus’. The phone got 802 points in single-core test and in multi-core test it received 2334 points. As per the listing on Geekbench, the Xiaomi Cactus has 2GB RAM and ARM MT6765 aka the alleged MediaTek P40 chipset clocked at 2GHz. The handset is based on the Android 8.1.0 Nougat operating system.