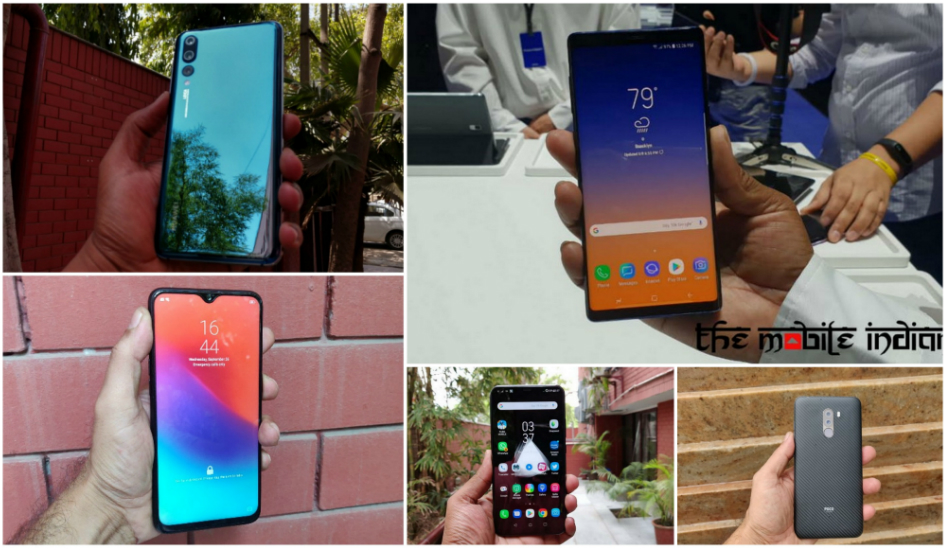 Of the total number of platforms and retailers selling these smartphones, it’s third-party digital platforms like Amazon and Flipkart which make the most of these sales with $3.12 billion (approx. Rs 229.74 billion) in revenues shared between them, thus making 85 percent of the total sales that happen online.

October is the time when India thrives on festivity at home and also when shopping. And what more sells like cakes if not cakes – smartphones. It’s no surprise that smartphones are the products which get featured a lot, be it across online platforms or advertisements and billboards since it’s a product that has been constantly changing every few months.

Having witnessed flagship launches from the likes of Samsung, Apple and Google, the Indian userbase will now be anticipating their next favourite smartphone to be a little more affordable this festive season. And the best way to do so is by shopping online. According to a report by techARC, more than half (53%) of the smartphones will be sold during October 2018 – December 2018 will be sold online.

That amounts to roughly 19.1 million smartphone units to be sold online out of a total of 36 million units sold during the October 2018 – December 2018 period. The report also indicates that these figures would be able to generate $6.36 billion (approx. Rs 468.32 billion) in sales during the fourth quarter of which 58 percent of the amount will be generated through online sales. Online retailers will thus contribute to a total of $3.67 billion (approx. Rs 270.24 billion) revenue.

Of the total number of platforms and retailers selling these smartphones, it’s third-party digital platforms like Amazon and Flipkart which make the most of these sales with $3.12 billion (approx. Rs 229.74 billion) in revenues shared between them. These digital platforms thus make 85 percent of the total sales that happen online.

Both Flipkart and Amazon deliver to more than 20,000+ locations across India and both cater to different segments of the smartphones market. In terms of product catalogue and premium models, Flipkart has an edge over Amazon due to the fact that it hosts 34 exclusive smartphone and a total of 70 devices from 2018 that are exclusive to it. In contrast to this, Amazon only has 20 of its latest models as its exclusives with a total of 40 smartphones of 2018 that’s sold exclusively under its belt.

While catalogue sizes might vary, both online retailers have the most smartphones for the less than Rs 10,000 price bracket with similar numbers projected for devices priced over Rs 35,000. Both e-tailers host devices from Samsung, Honor and Xiaomi though exclusive partnerships differ across each. Vivo and OnePlus sell their exclusive smartphones on Amazon while Oppo, Asus, Poco and Realme have their loyalty toward Flipkart.

From the number of models as well as the price segments being served that are exclusively available over the two platforms, Flipkart takes a lead in this upcoming potential to earn over US$3.67 billion by selling Smartphones online. For Amazon, OnePlus 6T sales are going to be pivotal in how much of the pie it can make, while for Flipkart it has a relatively hedged portfolio including Poco, the latest among fast selling latest smartphone brands.