How to transfer playlist from Google Play Music to YouTube Music? 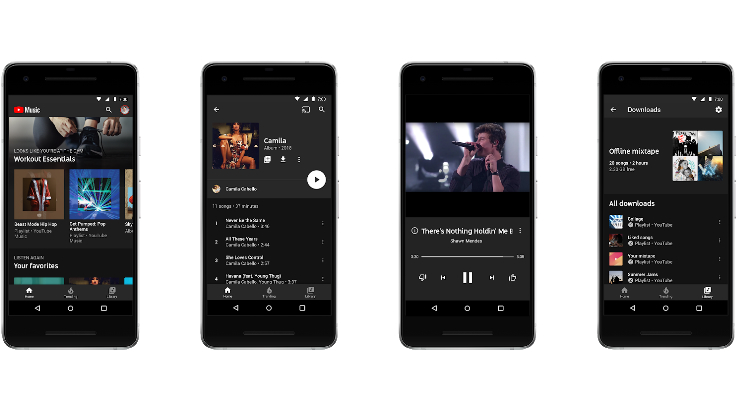 Google will be replacing its current music app with YouTube Music later this year.

Google has confirmed that by end of this year it will be shifting all its Google Play Music users to YouTube Music. This will ensure that people don’t have to choose between the two music streaming platforms. However, the company wants to make sure that people get enough time to migrate their playlist and other content before shutting down Google Play Music once and for all.

“For now, users will continue to have access to both services. We want to ensure everyone has time to transfer their content and get used to YouTube Music, so we’ll provide plenty of notice ahead of users no longer having access to Google Play Music later this year,” YouTube said in its statement.

To make the transfer seamless, YouTube has started its new program, which is available through the Transfer feature on the YouTube Music app. “We’re excited to officially begin inviting Google Play Music listeners to effortlessly transfer their music libraries, personal taste preferences and playlists to YouTube Music, their new home for music listening and discovery,” YouTube added. The company also confirmed that existing Google Play Music users won’t have to pay anything extra to stream content on YouTube Music.

How to transfer playlist from Google Play Music to YouTube Music?

Step 2: Click on your profile photo at the top-right and open Settings

Step 4: Your update library with content from Google Play Music will now show on the YouTube Music app.

Google also pointed out that all “Google Play Music users will soon receive an email with detailed instructions on how to begin transferring your full Google Play Music history and content, as well as podcasts, to their new homes.” YouTube Music is available for Rs 99 per month in India, and it made its debut back in 2019 when it starts competing with other streaming platforms like Spotify, Apple Music, JioSaavn and Gaana among others.

Last month, YouTube launched UPI payment option for both YouTube and YouTube Music in the country. This enables users to make their transactions, directly from their bank account, using their unique UPI ID, the company said in a statement. Users will be able to pay using their preferred UPI app including BHIM, Google Pay, Paytm, PhonePe, Amazon UPI and more.