The brand has now started rolling out the feature on its latest Redmi Note 5 Pro via over-the-air (OTA) update.

Xiaomi promised to roll out the Face Unlock feature for the Redmi Note 5 Pro during the launch event. As promised, the brand has now started rolling out the feature on its latest Redmi Note 5 Pro via over-the-air (OTA) update.

Starting from today, those who have bought the Redmi Note 5 Pro will be greeted with a new update that packs the Face Unlock feature. The update is about 1.6GB in size and it carries build number MIUI v9.2.4 NEIMIEK. Apart from the face recognition feature, the update also brings some improvements in the camera department as well. So, in order to check for the latest update, users need to go Settings > About Phone > System Update.

But, the question here is, how to set up the new feature on your Redmi Note 5 Pro? Don’t worry we present you a quick guide to it. 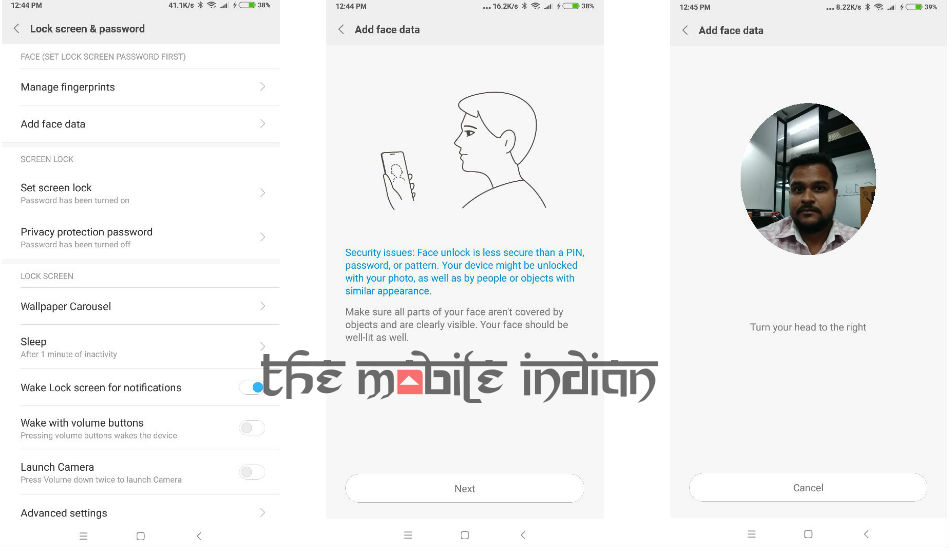 Step 1: Open the Settings menu on your device and tap on Lock screen & password option in System & Device section.

Step 2: There you will see ‘Add face data’ option. Tap on it and you will see a page where it states some security warning and information related to setting up Face Unlock feature.

Step 3: Click on Next button and you enrol your Face by following the instructions.

Step 4: After your face is added, you will see extra settings like delete face data and different options unlocking using Face recognition.

In our initial testing, we found out that the face recognition works fine when the lighting condition is right, though we felt that the phone sometimes refuses to recognize the enrolled face. Xiaomi is not the first company that is giving face recognition for the budget-centric smartphones, Honor has already done it with Honor 7X and Honor 9 Lite.

Xiaomi Mi Mix Alpha may be launched in India, no word on Poco smartphone