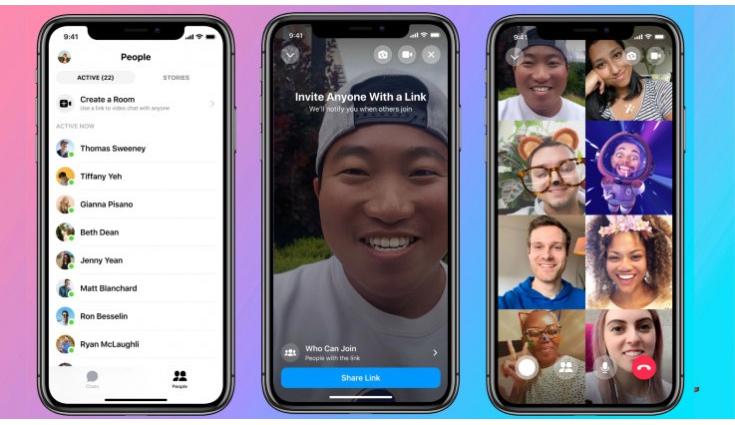 With this, users will be able to create a new room and add up to 50 people in a group video call.

The company revealed this information on Twitter. The tweet reads, “An easy way to video chat with up to 50 of your favorite people? Yes please. Starting today, you can create @messenger Rooms on Instagram and invite anyone to join.” With this, users will be able to create a new room and add up to 50 people via Messenger Rooms.

The process is pretty simple and users need to follow these steps:

Step 2: Tap on the video icon on the top-right corner and then tap on Messenger Rooms.

Step 3: A Messenger Room is created under your name, tap on it and select friends from the list to invite them to your room. You can also share the link with non-Facebook friends and they can still join the group video call.

To recall,Facebook introduced Messenger Rooms last month. Facebook has revealed that one can create room right from the Messenger app or Facebook and invite anyone to join the video call. The company says that users can also invite those who do not have Facebook accounts. Furthermore, the company says that Messenger Rooms will soon allow up to 50 people with no time limit. One can start and share rooms on Facebook through News Feed, Groups and Events.